Huawei to buy out Symantec stake in joint venture 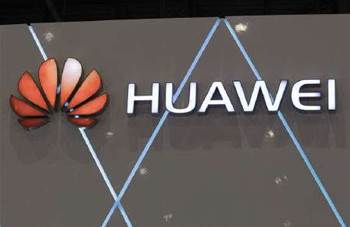 Huawei plans to buy out Symantec's 49 percent stake in a joint venture between the companies that provides security solutions for corporations for $US530 million.

The agreement is subject to regulatory approval, but analysts and company executives foresee few hurdles as the joint venture is based in Hong Kong.

The deal is expected to close in the first quarter of 2012, Huawei said in a statement on Tuesday.

"The transaction involves a non-US headquartered joint venture in which Huawei is already the majority owner with a 51 percent share over the past four years," said Ross Gan, a spokesman from Huawei.

"The majority of the assets and customers are located in China and other regions. This is not about the US," he said in an email.

Gan said Huawei would brief relevant government stakeholders as part of the routine regulatory approval process for such transactions based on the local laws and regulations that apply.

Shenzhen-based Huawei and smaller crosstown rival ZTE have previously encountered obstacles in clinching some deals in the United States due to national security concerns.

For Huawei, the concerns also stem from its founder and CEO Ren Zhengfei, who is a former Chinese military officer.

Earlier this year, Huawei backed away from its acquisition of US server technology company 3Leaf's assets, bowing to pressure from a US government panel that suggested it should divest the assets.

In 2008, Huawei gave up a bid for US networking equipment company 3Com, while in 2010, a group of Republican lawmakers raised national security concerns about Huawei's bid to supply mobile telecommunications equipment to Sprint Nextel.

But this case is different, as the joint venture Huawei Symantec was set up in Hong Kong by Huawei and US security software firm Symantec in 2008.

The aim of the joint venture was to provide and develop network security, storage and systems management solutions to telecom carriers and enterprise customers.

The venture, in which both Huawei and Symantec contributed around $US150 million each at that time, has R&D centres in Chinese cities such as Beijing and Shenzhen and Silicon Valley in the United States, according to the company's web site.

"It's a good thing for Symantec in that it's been a drag to their earnings per share. I'm sure its incrementally positive," said Brian Freed, an analyst at Wunderlich Securities. "There shouldn't be any political or regulatory issues related to this."

The venture has lost money since it was set up in February 2008, according to Symantec's most recent annual report filed with the US Securities and Exchange Commission.

Symantec posted $US123 million in losses for its share of the venture's losses from February 2008 to December 2010.

Symantec achieved the objectives that it set out for the venture and is leaving with a good return on its investment, Symantec's chief executive, Enrique Salem, said in the statement.

The company will continue to invest in China, he added.

Huawei said both companies had talks over the past few months on the future of the venture and decided that it would benefit from a single owner.