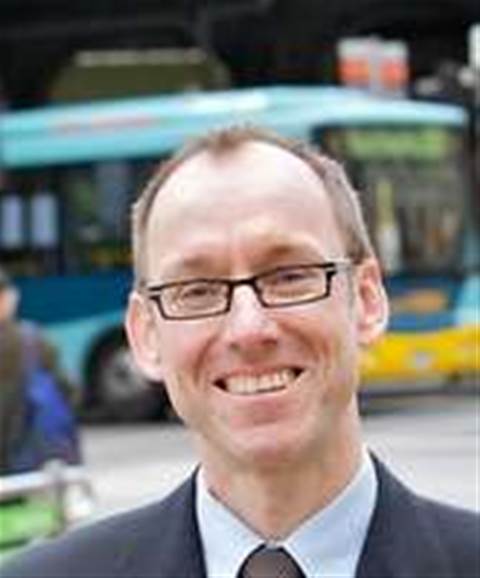 Telecommunications Industry Ombudsman Simon Cohen has attributed a drop in the number of conciliation processes and investigations over the 2011 financial year to ongoing reform within the organisation.

The ombudsman received some 197,682 new complaints across the year, a 17.8 percent increase on the previous year, according to its annual report released today [pdf]. Of those, 56.8 percent related to mobile services - at 112,376 complaints.

However, the TIO also recorded drops in all complaint levels except for new complaints, with a 13.6 drop in the number of cases - at 357 - requiring a 'level 4' inquiry, or full investigation with the telco.

Cohen told iTnews that the organisation's continuing reform - including pushing all referral processes from telcos to email - had forced the drop in level 2, 3 and 4 inquiries.

"The information we're giving to consumers is obviously striking a strong chord given their high satisfaction with the services we provide in that respect," he said. "I also hope that as we continue to try and improve all of our processes, that our conciliation process is reducing the need for some of those forensic, detailed investigations that we've had to take in the past."

The report comes as the TIO continues with two simultaneous reviews into its processes and organisational structure.

Cohen said an internal process review, commissioned in March, had been completed by KPMG and delivered to the board. The board is expected to respond to the report's recommendations by the end of the financial year.

The Federal Government also called a snap review of the TIO in March, which included proposals to replace the ombudsman's three-tier governance approach - comprising a council, board of directors and the ombudsman's office - with a single body. It also called for independent public reviews into the scheme every three to five years.

However, the Government is yet to act on submissions to a discussion paper distributed as part of that review in March. Cohen deferred inquiries on the external review to the office of Communications Minister Stephen Conroy, which did not respond to questions at time of writing.

Cohen said other reforms slated for the industry - including a revised Telecommunications Consumer Protection code due in February - is a "positive sign" of the industry's effort to reduce complaint figures.

But he called for a greater focus on the potential for consumers to manage high levels of debt once granular spend management tools are introduced by telcos.

"We think there needs to be a sustained focus on making sure that service providers and consumers can work well together to deal with those problems effectively," he said. "I think what is key in all of that - and it's perhaps best demonstrated by the reduction in complaints for mobile premium services this year - is [that] it is one thing to have codes, it's quite another to have industry commitment to them."

He hoped to "make sure that the TIO is only involved where there's a genuine dispute that can't be resolved".

Of the total number of new complaints recorded by the TIO, most revolved around customer service, followed closely by the complaints handling process, billing and payments, and faults.

As expected, Vodafone fuelled much of the increase in mobile complaints as an effect of its ongoing customer woes over service levels in January and February this year. Vodafone recorded a 222.1 percent increase in complaints across the financial year, but these dropped off sharply in the last quarter.

Cohen supported measures by Vodafone in revamping mobile infrastructure and customer service programs as part of its mission to further reduce complaint numbers.

A Vodafone spokesperson psaid the telco had added 300 staff to its call centres and introduced 24/7 support and a callback capability to improve customer service. It also plans to integrate all support lines from March next year when it undergoes an extensive call centre infrastructure revamp.

Rival mobile carrier Optus also saw an increase in the number of complaints against mobile services, at 20,054 for the year.

At the same time, service provider iiNet saw a significant increase int he number of new complaints relating to fixed-line internet access, reaching a peak of approximately 1000 complaints during the October to December quarter of the financial year. The TIO attributed the rise in complaints to the telco's $60 million acquisition of AAPT's residential customer base.

"The telco industry has scored another 'F' this year for customer service and complaint handling for failing to address its customers' problems in a timely manner," chief executive Teresa Corbin said in a statement.

"This consistently high level of complaints year-on-year to the Ombudsman and the length of time it takes the average customer to have a problem fixed is an untenable situation. Consumer detriment has been so significant over such an extended period in this area that we believe the introduction of regulation in the form of a complaints-handling service provider determination or a standard is the only way the industry is going to change."