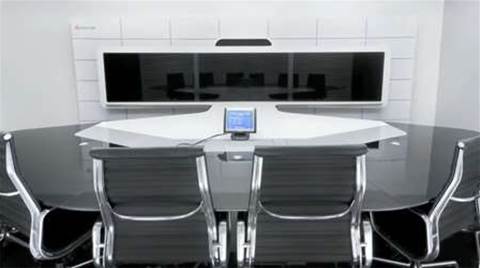 The Federal Government has nearly achieved a full return on investment from its national telepresence system after two years of use by reducing public servants' travel costs between capital cities.

Some meetings connected up to 12 sites nationally at the same time.

The Federal Government expects to have avoided $12 million in travel costs - a significant proportion of the $13.8 million it initially planned to spend on a 20-suite system over the course of four years.

State and territory governments also contributed a combined $4.5 million toward the project for their own use as well as to coordinate Council of Australian Governments meetings.

Special Minister of State Gary Gray said today that the system would save the government at least $24 million total investment by 2013.

The savings are cut from the more than $280 million spent annually on domestic travel by Federal Government staff in years past.

Gray said the Government had also avoided 2330 tonnes of carbon emissions as a result of the system over two years.

The 36 sites are connected over Telstra's encrypted Next IP network but managed by government.

Gray said the network could potentially be expanded for state and territory governments but would not detail how such an expansion might be funded.

"We're substantially ahead of where we thought we'd be in use, in hours used and we're finding increasingly broader and more innovative uses to save time, save money and save energy," he said.

"That's allowing us to think optimistically and expansively about the future."

The suites were most recently used by staff from Prime Minister and Cabinet, the Western Australian Government and the taskforce preparing for the Commonwealth Heads of Government Meeting (CHOGM) in Perth last week to prepare for the event.

The event required 200 telepresence meetings with Canberra, which CHOGM taskforce leader Terry Crane said was a life-saver in the lead-up to the event.

"As we got closer to the event, I could send people back to Canberra for some of the meetings that were being scheduled," he said.

"All of the contingency planning that we had - and thankfully didn't have to use because of our security arrangements - was all based on being able to use this system to talk face-to-face about some difficult issues."

Though not required as a result of Qantas' industrial dispute over the weekend, Gray said the system was most vital during lock-downs such as the SARS epidemic.