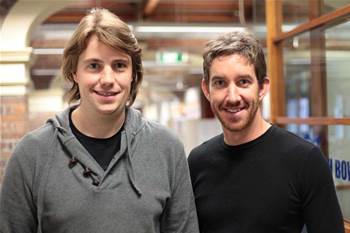 Collaboration software vendor Atlassian has announced its entire software suite is now available on a cloud subscription model, slashing its prices to just $10 a month for a team of ten users.

The Sydney-born company, producers of the popular Jira bug-tracking and Confluence collaboration software tools among others, has traditionally licensed its software for on-premise deployment.

In 2008 the company made some tentative steps toward the cloud, hosting some of its tools for customers under the Atlassian Hosted brand.

But these hosted instances tended to be released several months after the release of fully-featured versions built to be deployed behind the firewall.

But from today, customers can lease the latest version of any application from within the entire Atlassian suite, including Jira and Confluence, as well as GreenHopper, Bamboo, BitBucket, Crucible, FishEye, Team Calendars, Bonfire and Jira Mobile Connect, as an online instance for $10 a month per application for up to ten users.

A customer with ten users could purchase Jira, for example, for $10 a month, add Confluence for the same number of users for another $10 a month, and add further applications or groups of ten additional users in a modular “a la carte” fashion.

Better still, Atlassian promises that all these applications come pre-integrated as the Atlassian OnDemand Platform.

“Today marks the first day that Atlassian gets truly serious about SaaS,” the company’s co-founder, Mike Cannon-Brookes said at a launch event yesterday.

Cannon-Brookes said that only 3700 of Atlassian’s 17,000 customers chose to deploy Atlassian Hosted, which represented a $15 million a year business.

“I will admit it was not the primary focus of Atlassian,” he said. “It was a secondary service for customers that asked us to host the software for them. We think we can do a whole lot better.”

Atlassian committed 60 developers over the past 12 months to building a hardware and software stack from the ground up that can handle multi-tenant instances.

“We have built this [cloud platform] all in-house and we are extremely proud of it,” Cannon-Brookes said.

Cannon-Brookes said the beauty of the fully-integrated cloud platform would be the simultaneous release of Atlassian’s software to all customers, whether deployed in-house or in the cloud.

Updates to the software suite could technically be delivered to Atlassian’s entire customer base in under 60 minutes, he said.

Atlassian has also built importer tools to allow for ease of migration between the cloud and on-premise instances.

“If you choose Atlassian behind the firewall, you could [use the importer tools to] move out to the cloud. Customers may choose to do that if they want to get rid of infrastructure costs,” he said.

But curiously, Atlassian had a “strangely larger number of customers” moving from Atlassian Hosted back behind the firewall.

“You’d think that was going backwards in time, but it’s not,” he said. “Quite often, for example, small projects start in big companies, they want to get up and running as quickly as possible and get around IT.”

Once the project hits a certain scale (such as a production deployment), customers often see greater value in hosting the application themselves.

“From today, you can take Jira data [from a cloud instance] and seamlessly upgrade to a behind-the-firewall instance,” Cannon-Brookes said.

Cannon-Brookes also used the launch to address an issue that was the focus of iTnews’ research report released last week: SaaS integration.

“We have spent a lot of time working with our partners to integrate the best of breed SaaS applications into the Atlassian OnDemand platform,” he said.

Atlassian would announce at least one further SaaS integration per month, he said.

Look out for an update on iTnews' 'Which Clouds Play Nice' as Atlassian and other software vendors upgrade their solutions.