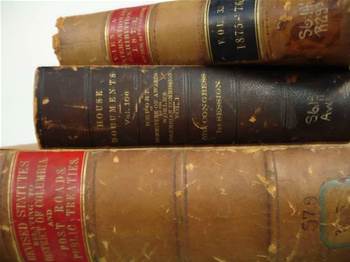 The Communications Alliance has asked leave of the High Court to intervene in the ongoing copyright battle between service provider iiNet and movie studios ahead of appeal hearings in December.

The industry body, which currently represents iiNet and 166 other service providers, vendors and individual members, will lodge a submission to the case today as an "amicus curiae" or friend of the court.

It is expected to support iiNet's core defence, that the ISP did not authorise copyright infringement in failing to pass on notifications from movie studios, represented by the Australian Federation Against Copyright Theft, to its customers.

"This case carries with it enormous risks, not just for iiNet but for the entire internet industry and for consumers that we really think need to be addressed," chief executive John Stanton said at the Commsday Summit in Melbourne.

The Internet Industry Association attempted to intervene in the initial Federal Court case in 2009 but was not granted leave at the time.

Stanton, however, expected to be successful in intervening in the High Court case as the bench of judges had been more accepting of amicus applications.

If approved, the alliance's submission will join three other submissions to the High Court by third parties, including members of the recording and film industries.

The Australian Privacy Federation last week also made a submission the case, speaking on the privacy implications for internet users should service providers agree to pass on copyright notifications, as suggested by rights owners.

The Australian Digital Alliance is also expected to lodge an amicus application with the High Court.

Alongside its amicus curiae application, the Communications Alliance has held ongoing negotiations with iiNet and rights holders over potential self-regulation.

iiNet chief executive Michael Malone has called for an industry-wide ceasefire with rights owners, rather than continuing litigation.

"I think everybody was trying to sort out how fast we can make progess while knowing there was a judicial process underway that could affect all that," he told iTnews.

"In recent months we've managed to get all of the content owners into one room - movie industry, recording industry, gamers and others - which hadn't been possible previously and I certainly think that helped to accelerate the process."

A further meeting was planned later this year but Stanton said an industry-led solution was more likely given the current political climate.

"I think the best and fastest way to a solution is for the industry to thrash out a recipe for success," he said.