Amazon's $US199 Android Fire: the reaction 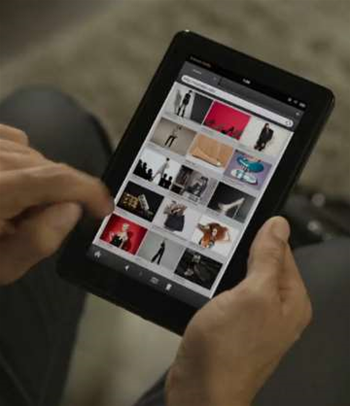 Amazon CEO Jeff Bezos’ launch of the Kindle Fire set the tech media alight on Wednesday afternoon, but while some claimed the lightweight 7-inch content gateway was no iPad killer, at US$199 do any computing shortcomings matter?

First, the specs. The Fire weighs 413 grams, less than the iPad, and comes with a relatively weany 8GB internal storage -- a shortage that Amazon compensated for with its free cloud storage offer for any content bought on Amazon.

The Kindle Fire is also a Wi-Fi only device, which means no 3G. It also lacks a camera and microphone and does not have a home button. However, it does sport a USB 2.0 port.

The Fire has a dual core processor and a 7-inch multi-touch display, which offers 1024 x 600 pixel resolution, while the advertised battery life is about 8 hours if wireless is turned off.

While the device is an Android, Amazon built its own user interface on top of an unspecified Android build.

The device will be available in the US from 21 November.

Steven Vaughan-Nichols at ZDNet reckoned it was a great media consumer device, but “not a full-powered tablet” like Samsung's Galaxy Tab 10.1 and certainly no iPad killer.

GigaOm’s Ryan Kim thought the coolest thing about Fire was the Silk Browser, which resided on the device and Amazon’s EC2 cloud infrastructure. Amazon's cloud did “the heavy lifting” browsing, leaving the local browser to handle only optimised content.

Still, the iPad and its apps and content ecosystem makes it the only other tablet that matters today. The Fire was clearly not as good as the iPad, wrote Business Insider’s Jay Yarow, but at $US200 “it’s good enough”.

TechCrunch's Matt Burns crowned the Fire long term king of the Android tablets, primarily because it copied Apple’s content first strategy and then delivered the tablet. It was more a "stop gap" product that "was, in a sense, an iPod" in his view.

The real iPad test for the Fire, however, may be still yet to come, with an Amazon executive hinting there was some truth to rumours of a 10-inch tablet in the pipeline.