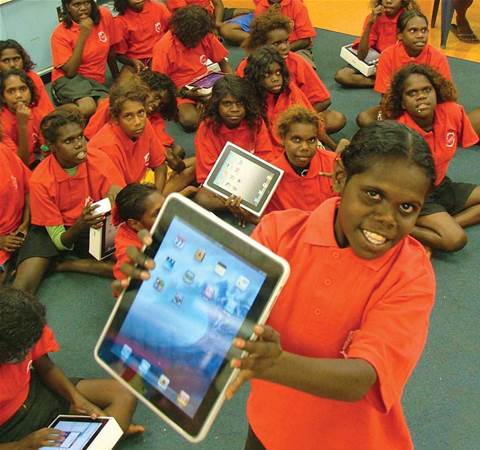 The Northern Territory Department of Education and Training is rolling out a Cisco wireless (wi-fi) network across 154 Territory schools, 80 of which are located in remote areas.

The rollout aims to reduce reliance on cellular networks in remote areas, whilst providing secure access to corporate applications.

The department will allow “approved users of mobile devices and laptops” access to internal Department of Education and Training (DET) learning resources and business systems as well as the public internet using the wi-fi network.

Those approved devices include trials of Apple iPad tablet computers, which have been handed out to DET staff and around 400 students as part of the NT CLOUD iPad trial.

The wi-fi network provides authentication and control to the department.

“A content filter is used for all internet access from school wired and wireless networks,” explained Marcia Hoffmann, executive director of corporate services at the Northern Territory Department of Education and Training.

“The content filter blocks inappropriate websites and schools have the ability to blacklist other websites as required. Users must use their NT Schools userID and password to access the wireless network and all internet usage is logged at the user level.”

The ubiquity of the network also allows for technology standardisation. Existing wireless networks deployed in NT schools had been set up by individuals on-site without any concern for uniformity,

"The schools are often very reliant on the one ICT practitioner on-site,” Weaver said. “That person might have good wireless knowledge, but if they move on the next person might not know what to do."

Hoffmann said that the DET put forward the project as a proposal to two approved suppliers of network equipment. CSG won the deal to rollout the network after proposing a Cisco Systems network.

CSG was charged with designing and managing the back end systems supporting the network and deploying the access points and controllers in sync with a refresh of the DET's standard operating environment, which is being upgraded to use Microsoft Office 2010 v3.0.