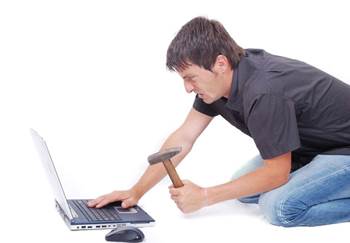 The outage occurred from about 1pm Australian Eastern Standard Time, according to a graph on the Downrightnow website monitoring service.

The official @Office365 Twitter account reported restoration of some DNS services believed to have initially caused the issue.

The outage was also causing worldwide disruption to the Azure Platform Management Portal and to multiple instances of the SQL Azure database.

"We are investigating service interruption. Will update as soon as more details are available or within hour," a Microsoft spokesman said on the official Office365 Twitter feed.

"Intermittent client connectivity causing some users to have trouble with email connection. Continue to investigate," it posted 20 minutes later.

A statement on a Microsoft Windows Live blog said the company was "actively" working to resolve the issues.

The University of Wollongong was one high-profile customer affected by the outage, having moved all student accounts to the Live@edu service last year.

It tweeted that all services were "unavailable".

Curtin University CIO Peter Nikoletatos said services had been down at the university for a total of about two hours. The Western Australian university adopted Live@edu services two years ago.

"We have discussed it with Microsoft and we're getting advice from them," he said during the outage. "We expect that it would be resolved fairly quickly."

Nikoletatos said the University was using "every available communication channel" to keep students updated, including its web portal, Twitter and Facebook accounts.

The outage also affected a portion of Curtin's 400 staff members with Office365 accounts.

Nikoletatos said those who had logged into Office365 prior to the outage remained connected throughout the outage but others could not log in during that time.

Microsoft's Live@edu service was also used by a number of other universities in Australia, including the University of Western Sydney, Queensland University of Technology and Flinders University.

The University of Western Sydney's IT services desk advised: “We are currently experiencing issues with MyMail student mail system. Technicians are working to resolve this issue.”

Users had found a Hotmail workaround by logging in through login.live.com.

Although speculation was that the outage was caused by DNS issues, a Microsoft Office365 spokesman said it was due to a power outage. The post was pulled a short time later.

A post from a Microsoft Office365 support forum moderator was pulled during the outage [Click to enlarge].


A major power cut was known to be affecting millions of users in Southern California, Arizona and Mexico.
Got a news tip for our journalists? Share it with us anonymously here.