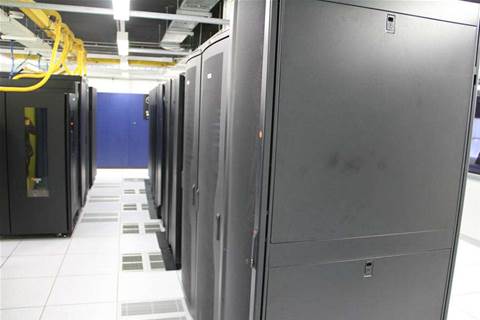 ASX-listed IT services firm ASG has officially opened its $13 million Perth data centre, the first of several facilities the company intends to build for its managed services customers.

The facility, toured this week by iTnews prior to its launch, features two large data halls, ISO27001 security and a substantial investment in redundant plant to ensure uptime.

Nandan Thakar, national infrastructure architect for ASG said the company’s management felt it was “imperative” to now own its data centre assets.

“ASG have partnered with independent data centre providers, but it was becoming difficult to influence customer investments and control our data centre destiny,” he said.

With its own data centre, ASG can be more confident in delivering on service-level agreements with customers.

“When we agree to an SLA as part of a managed services deal, it is now backed by an facility we own and understand," he said. "We don't have control of the operational procedures of a third party facility.”

Existing customers saw the data centre as a “gap in the ASG solution,” he said.

Market conditions also forced ASG to play its hand. The company had previously enjoyed a sub-contracting relationship with Fujitsu, which opened a new data centre in the Perth suburb of Malaga in November 2010.

Eyeing ASG’s strong growth in managed services, Fujitsu opted against renting any space in its new facility to ASG.

“I can safely say that ASG's profile has grown to a point in which Fujitsu would see us as a competitor,” Thakar said.

Thakar said the facility is already 90 percent committed for existing customers, most of who will move in before the end of the year.

The facility has been built to ISO-27001 security standards and Australian data centre centre standard AS-2834 and global standard TIA-942. Thakar said it has been built to Tier III requirements, in that it is concurrently maintainable, but he does not expect the facility will be officially certified.

For technical specifications, see iTnews’ photo tour of the facility.