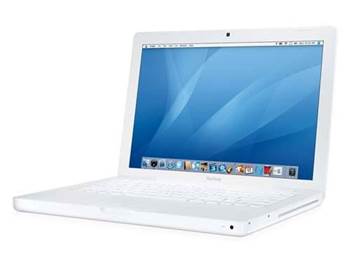 The Victorian Department of Education has defended changes to a notebook lease program that has raised the ire of teachers across the state.

Kalinda Primary School assistant principal Richard Lambert revealed in a blog post last week that the lease term offered to teachers had been extended from three to four years and that fortnightly repayments for a white MacBook option had markedly increased compared to the prior lease period. The story was first reported by The Age newspaper.

“Victorian teachers have enjoyed a fantastic notebook lease program since the mid-90s,” he said.

“It has run on a three year cycle, and offered a choice of the latest Mac or PC notebooks for a very minimal payment per fortnight. That has all changed.”

He said the department had dropped a subsidy on the MacBook, making it more expensive than in past lease cycles.

Lambert also criticised the department for offering only a white MacBook to teachers, rather than a newer or more powerful MacBook Air or Pro.

White MacBooks were no longer sold by Apple retail and were only available to educational institutions, MacRumors said in July.

A spokesman for the Department of Education and Early Childhood Development said that  “recent price changes for teachers who choose the MacBook more accurately reflect the cost of the laptop leases and insurance rises.”

The spokesman also defended the year extension on lease arrangements, which would mean teachers would end up using computers up to four years old.

“The four-year lease reflects the average time teachers have been keeping their current laptops- which is about three-and-a-half years,” the spokesman said.

“The four-year lease is needed to ensure the laptops are covered by insurance and warranty for the entire time the teacher has the device.”

The spokesman said about 83 percent of the state’s approximately 18,000 teachers did not opt for the MacBook, instead taking a lease option for a Lenovo laptop.

The Lenovo was available at $4 a fortnight, compared to $11.50 a fortnight for the Mac option.

The spokesman said that demand for the Lenovo laptop option was at “roughly the same” level as when teachers last updated their machines under the state program.