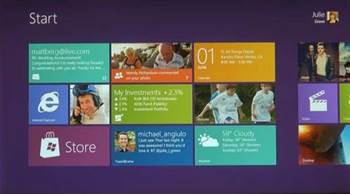 The right-clicking masses have caused Redmond to equip its Windows 8 Command Bar with "the ribbon" which it hopes will improve file management in a touchscreen world.

Microsoft's first iteration of its ribbon user interface feature came in Office 2007, and has since been partially implemented in a variety of its web products.

The ribbon system would hopefully redress consumers' lack of interest in Microsoft's Command Bar -- a feature that was barely touched by users that relied on the old right-click option, according to its Windows telemetry data.

Through voluntarily-supplied telemetry data Microsoft collected, millions of Windows users revealed a mismatch between how they invoked file management commands and the options Microsoft offered in its Command bar.

The telemetry data showed that only a small subset of Microsoft's 200 commands were actually used while just 10 percent of Windows users invoked commands through the Command toolbar.

The majority (54 percent) of users preferred a classic Redmond right-click to acheive that end -- a process that may become redundant in touch.

“Only 2 of the top 10 commands customers invoke in Explorer are available in the Command bar, the main UI element for invoking commands,” Microsoft’s Windows 8 product lead, Alex Simons explained.

“The biggest category of feedback was requests to bring back features from Windows XP that were removed in Windows Vista, especially things like bringing back the 'Up' button from Windows XP, adding cut, copy, & paste back into the top-level UI, and for providing a more customisable command surface,” said Simons.

Microsoft introduced the ribbon interface to its Office products in 2006. The ribbon aimed to counter Office toolbar clutter by trading “a little bit more” screen space to highlight the shortcut icons relevant to the application the client had open.

“We could present a rich set of commands without removing access to previously top-level commands, something we knew was really important to our customers,” said Simons, explaining the benefits of ribbons to Windows file management.

“As it so happens, while not primarily a touch interface, the ribbon also provides a much more reliable and usable touch-only interface than pull-down menus and context menus,” he added.