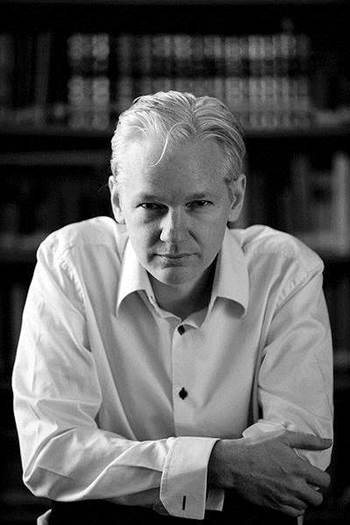 Some US bank breathes a sigh of relief.

WikiLeaks shot a volley of Tweets over the weekend highlighting what Domscheit-Berg had “claimed” to have destroyed, which included five gigabytes of data once held on the Bank of America.

Another important loss was data allegedly revealing US intercept arrangements with “over a hundred internet companies”.

In an interview with Die Spiegel (Google translation) published on Sunday, Domscheit-Berg claimed to have destroyed over 3500 leaks because Wikileaks frontman Julian Assange could not be trusted to handle the material safely.

The ex-WikiLeaks spokesman has written a book, Inside WikiLeaks, parts of which were recently released on Cryptome, and he has set up a rival whistleblower website, OpenLeaks.

On Saturday, WikiLeaks had released two lengthy statements under Assange’s name, accusing Domscheit-Berg of “stealing WikiLeaks property”, deliberately sabotaging it and of giving the FBI “helpful” information in its investigations into the leaks organisation.

“We are making this public statement in a final attempt to make Mr. Domscheit-Berg return the data he has stolen, before he destroys it,” Assange pleaded on Saturday.

However, according to Holger Stark, the Die Spiegel journalist who interviewed Domscheit-Berg (DDB), the plea was too late.

“The old cache of unreleased #wikileaks docs seems 2 be gone 4ever. #DDB said 2 me that he has destroyed it,” wrote Stark on Friday.

Assange also raised concerns about Domscheit-Berg’s marriage to Microsoft Germany’s director of government relations, Anke, whom he met in 2010. He claimed she was “on intimate terms with senior figures in the German government and bureaucracy”.

Domscheit-Berg (DBB) was suspended from WikiLeaks around August last year after he moved into Anke’s Berlin house “without any counter-intelligence cover”, according to Assange’s statement.

“At this point WikiLeaks issued a policy directive that DDB not be permitted contact with source material.”