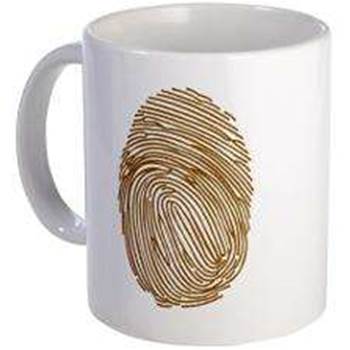 Biometric tech tracks what suspects have been touching.

A fingerprint technology to detect substances a suspect may have touched could help boost information available to criminal investigations.

Researchers at the British Sheffield Hallam University say the technology could take forensic science beyond the identification of mere ridge detail of a suspect’s fingerprint.

The work, done within the university’s Biomedical Research Centre (BMRC), uses Matrix Assisted Laser Desorption Ionisation Mass Spectrometry Imaging (MALDI-MSI) technology to detect substances, like drugs or explosives that a suspect may have handled, to provide additional background in a criminal investigation.

For the first time, multiple images were made of finger marks, consisting of material from the surface of the skin and from gland secretions.

They can be used to produce a detailed chemical signature that augments existing biometric information.

This could enhance the current ability of the police to identify a suspect from their fingerprints when compared to database records by detecting if a suspect had also handled a condom, or explosives, or even ingested caffeine, cigarette smoke or drugs, for example – all from their fingermarks.

"Our research makes full use of a ‘fingermark’ left at a crime scene, giving investigators a whole new level of information on a suspect in addition to their identity." said Dr Simona Francese, from the Biomedical Research Centre.

A special powder that can recover prints from glass, wood, metal and leather was also developed. When a solvent is sprayed on the powder, it dissolves into crystals containing chemical substances.

The MALDI-MSI technique targets a specific class of biomolecules that can detect many kinds of substances in the crystals in one analysis.

Dr Francese said it could take about three years for the technology to be used in criminal investigations.

The British Home Office Centre for Applied Science and Technology (CAST) tipped some $128,000 to co-fund a PhD studentship with the BMRC to allow for further testing.

The BMRC group carrying out the fingermark research, which was first initiated by Dr Francese in 2008 thanks to a BMRC placement studentship, has formed part of a consortium led by the Home Office’s Dr Stephen Bleay at CAST since 2009.

The consortium also includes several other prestigious UK universities who are working to investigate fingerprints using different and cutting-edge technologies.

Got a news tip for our journalists? Share it with us anonymously here.
Copyright © ITPro, Dennis Publishing
Tags:
biometricsbritish governmentfingerprintresearchsecurity