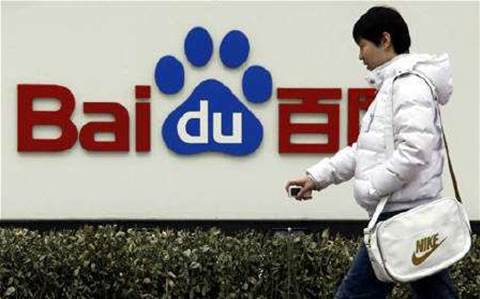 Sales of its iconic products far outpaced forecasts, helping drive a near-doubling of revenue in the fiscal third quarter. Its shares leapt to a high of $US405 ($A378) after a brief after-hours trading suspension.

Apple sold 20.34 million iPhones during the quarter versus an expected 17 million to 18 million, which analysts say helped it vault past Nokia and Samsung Electronics to become the world's biggest smartphone maker.

That "figure may indeed make them the largest smartphone maker by volume, which is somewhat ironic in a quarter that many thought would be about the Mac," said CCS Insight analyst John Jackson.

"That they accomplished this without a new model speaks volumes about both their strength and the relative challenges facing competitors."

Apple's earnings beat was spectacular even by its own lofty track record. Its quarterly EPS beat the average forecast by 33 percent, versus beats of about 20 percent in the past two quarters.

The stellar results came as concern over iPad 2 supply constraints eased, with Chief Financial Officer Peter Oppenheimer saying more than one million iPads remained in stock at the end of June but demand was still overstripping supply in some markets.

Oppenheimer also hinted at an upcoming product launch, saying it would impact the September quarter, but he gave no details.

In coming months, Apple is expected to roll out a new iPhone, which is likely to give the world's most valuable technology company another shot in the arm and offer a stiff challenge to rivals such as Google and Research in Motion.

"They never cease to amaze me, these guys," YCMNET Advisors Chief Executive Michael Yoshikami said. "The numbers are obviously very strong and they seem to be accelerating earnings on all fronts."

The Cupertino, California company said its fiscal third-quarter revenue rose to $US28.57 billion, trouncing the average analyst estimate of $US24.99 billion, according to Thomson Reuters I/B/E/S.

Oppenheimer attributed the big margin boost to higher sales of the iPhone, particularly in Asia. International sales accounted for 62 percent of the quarter's revenue.

Apple Chief Executive Tim Cook told analysts they were particularly optimistic about Greater China, which includes mainland China, Hong Kong and Taiwan, where Apple's year-over-year revenue was up sixfold at $US3.8 billion. Overall, Asia Pacific revenue more than tripled to $US6.3 billion in the quarter.

"I firmly believe that we are just scratching the surface right now," Cook said of China. "I think there is an incredible opportunity for Apple there."

Cooks also remarked on Apple TV, one of the few Apple products that has not really connected with consumers, saying it still had a "hobby status" within the company.

Shares of Apple have emerged from the limbo they had fallen into after Chief Executive Steve Jobs took leave last January for unspecified medical reasons.

Based on a price of $US400, Apple would have a market capitalization of $US369.90 billion, putting it close to Exxon Mobil, the largest company in the Standard & Poor's 500 index, which has a $US411.97 billion market value.

On Tuesday, Jobs' health again came to the forefront after the Wall Street Journal reported that several Apple board members had discussed a successor to the Silicon Valley icon, and talked it over with at least one head of a high-profile tech company.

Succession planning at Apple has been a hot topic since Jobs announced his medical leave, with many not expecting him to return to lead the company he founded in 1976.

The fate of Apple is tied to how the iPhone and iPad maker handles the eventual departure of its iconic chief. Chief Operating Officer Tim Cook is overseeing day-to-day operations.

Shareholders representing almost a third of Apple's stock voted in February in favor of a proposal to disclose a succession plan for Jobs, underscoring worries over who will replace the visionary leader at the helm.