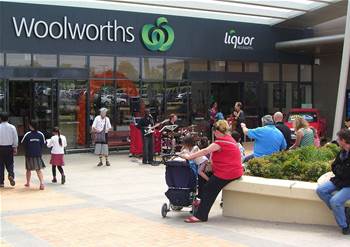 Woolworths has reached the halfway mark in a project that will see it bring more than 20 contact centres under a single-source deal with Salmat.

The project, which has been running since about March last year, covered centres supporting the retailer's online trading sites, credit card and financial services and Everyday Rewards loyalty program.

At least 16 centres have been brought under the Salmat umbrella to date.

That placed Woolworths "a little over halfway through the journey", a spokeswoman said, describing the consolidation as a "long-term strategy".

"These were largely outsourced to multiple providers and we are working to consolidate them under a single on-shore provider - Salmat - which will help us deliver an improved and more consistent customer service experience," she said.

It was unclear how many consolidated centres would be run by Salmat upon completion of the project. The number could be as small as two although it appeared that was not final.

The spokeswoman declined to put a timeframe on the expected completion date or "final scope" of work to be included in the project.

But she confirmed that Woolworths had introduced Salesforce.com's customer relationship management (CRM) tool under the project as a case management system.

"We are using Salesforce.com but not as a full CRM tool," she said.

Salmat also ran outsourced catalogue distribution services for Woolworths under a three-year deal that was inked in April.