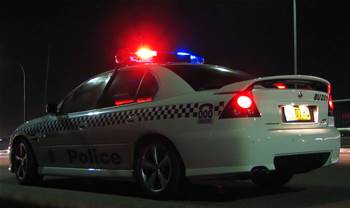 Not immune from proceedings.

The NSW Ombudsman has failed to convince the Federal Court it should be exempted from a software licensing case brought against several state government agencies by US company Micro Focus.

The Ombudsman will now join NSW Police and the state's Police Integrity Commission (PIC) in facing the claims at a directions hearing in Sydney next month.

In a judgment handed down late Friday, Justice Jayne Jagot found the Ombudsman to be within the scope of litigation lodged by Micro Focus against the three agencies in May.

The case centred on a piece of mainframe software called ViewNow that all three agencies allegedly used to connect to NSW Police's computerised operations policing system (COPS), a database of police operational information.

Micro Focus alleged that NSW Police deployed more than 16,000 copies of the software despite holding licenses for only 6500 users.﻿

It also alleged unlicensed instances of the software had been installed at the PIC and NSW Ombudsman's office.

Counsel for the NSW Ombudsman's office had claimed the agency should be granted immunity from the proceedings based on precedent set in Section 35A of the Ombudsman Act, which protected the department from civil or criminal proceedings unless the act was performed in "bad faith".

As it was using the software to undertake its normal actions, the Ombudsman said it should receive immunity.

However, Justice Jagot found that since the acts binding the Ombudsman had not required or authorised it to copy the ViewNow software, the agency could not be excluded from the case.

The Ombudsman was required to pay Micro Focus’ legal costs for elements of the case regarding the immunity plea.

Further directions were set down for 13 August.