Windows 8 works on all Windows 7 PCs 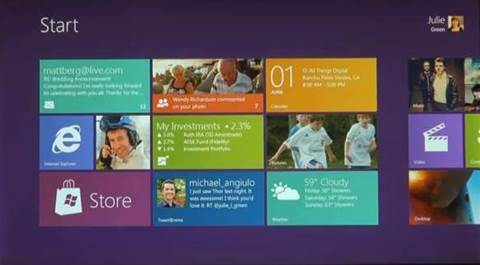 Microsoft has pledged that the minimum system requirements for Windows 8 will be the same or even lower than those of Windows 7.

Since the fiasco over Windows Vista's system requirements ended in an embarrassing lawsuit, Microsoft has avoided raising the bar with successive operating systems.

Windows 7 had the same minimum system requirements as Vista, and now Microsoft has promised to follow suit with its forthcoming OS.

"In both of our Windows 8 previews, we talked about continuing on with the important trend that we started with Windows 7, keeping system requirements either flat or reducing them over time," said Tami Reller, corporate vice president of Microsoft's Windows division, speaking at the company's Worldwide Partner Conference.

"Windows 8 will be able to run on a wide range of machines because it will have the same requirements or lower."

By definition, that means Windows 8 should also work on systems currently running Windows Vista, although Reller didn't state that explicitly.

Microsoft's decision not to raise the system requirements is hardly surprising, given the company is developing a version of Windows 8 for ARM processors, which are typically less powerful than the x86 Intel or AMD processors that Windows has traditionally been built upon.

However, Reller claimed Windows 8 would dynamically adjust depending on the processing power of the PC or tablet it's running on.

"We've also built intelligence into Windows 8 so that it can adapt to the user experience based on the hardware of the user," she said.

"So, whether you're upgrading an existing PC, or buying a new one, Windows will adapt to make the most of that hardware."

Features such as the Aero glass effect are switched off on machines that only scrape past the minimum system requirements in Windows 7.

The minimum requirements for the 32-bit version of Windows 7 are a 1GHz processor, 1GB of RAM, 16GB of available disk space and DirectX 9 graphics. That's increased to 2GB of RAM and 20GB of hard disk space for 64-bit versions of the OS.