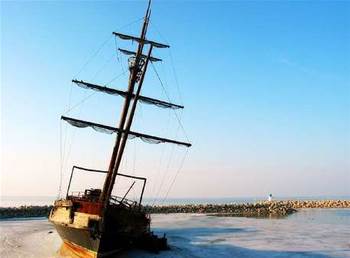 U.S. Internet service providers, including Verizon Communications, Comcast, Time Warner Cable, Cablevision Systems and AT&T agreed to alert customers, up to six times, when it appears their account is used for illegal downloading. Warnings will come as e-mails or pop-up messages.

If suspected illegal activity persists, the provider might temporarily slow Internet speed or redirect the browser to a specific web page until the customer contacts the company. The user can seek an independent review of whether they acted legally.

Internet access will not be terminated, according to a statement from the industry partners behind the effort. The coalition includes groups representing movie studios, independent film makers and record labels.

The group argues that content piracy costs the U.S. economy more than 373,000 jobs, US$16 billion in lost earnings and US$3 billion in tax revenue each year.

Industry officials said they thought most people would stop copyright violations once they were warned about illegal activity. The warnings also might alert parents unaware of their children's activity.

"We are confident that, once informed that content theft is taking place on their accounts, the great majority of broadband subscribers will take steps to stop it," James Assey, executive vice president of the National Cable & Telecommunications Association, said in a statement.

Two consumer groups said the effort had the "potential to be an important educational vehicle" to help reduce online copyright infringement, but voiced concern about the sanctions.

"We are particularly disappointed that the agreement lists Internet account suspension among the possible remedies," the Center for Democracy & Technology and Public Knowledge said in a statement.

The groups said it would be "wrong for any (Internet service provider) to cut off subscribers, even temporarily, based on allegations that have not been tested in court."

"We believe it will have a significant impact on reducing online piracy," Victoria Espinel, the U.S. intellectual property enforcement coordinator, wrote on the White House blog.

The administration expects the organisation that implements the program to consult with advocacy groups "to assure that its practices are fully consistent with the democratic values that have helped the Internet to flourish," she added.