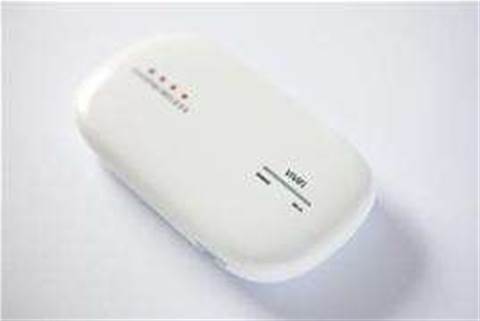 Excellent plan prices but both speed and coverage could be improved.

VividWireless is a relatively new player in the mobile broadband marketplace. The company itself is a subsidiary of the same group that owns Channel Seven and Hybrid TV, the local distributors of the TiVO PVR.

As a new entrant, VividWireless has gone all out to attract attention by offering several things that the incumbent providers don’t.

For a start, the mobile broadband it sells isn’t 3G wireless at all. All of Vividwireless’ offerings are WiMAX based, although it had also trialled (but not yet offered up) TD-LTE provision as well.

Although that doesn’t mean you need a WiMAX enabled notebook or PC, it does mean that VividWireless has no offerings in the the iPad microSIM space.

VividWireless offers either a $69 USB WiMAX modem, $99 Wi-Fi Hotspot or $299 Home Gateway; we tested solely with the ViViFi Wi-Fi Hotspot. It’s a chunky hotspot compared to the competition, but simple enough to use for multiple Wi-Fi connected devices.

The other area where VividWireless is extremely competitive is in pricing. Like Telstra, there’s no excess fees to deal with on post-paid products, just a shaping policy.

Going a little further than Telstra, VividWireless is the only carrier to offer an all-you-can-eat unlimited wireless broadband offering for a very generous $79 per month.

Even in the pre-paid arena, where values are typically a little lower, VividWireless stands out with the cheapest per-GB pricing of any carrier on its $79 pre-paid WiMAX offering.

So if the prices are so exceptionally good, why isn’t VividWireless simply walking into the winner’s circle with aplomb?

Two factors hold it back. Firstly, its coverage map is by far the smallest of any of the operators we’ve tested here. While it’s technically a national wireless broadband player, coverage is limited to the CBD areas of Adelaide, Canberra, Melbourne and Sydney, with Perth having a slightly wider offering. Not surprisingly, as that’s where the company is based.

Vividwireless is promising expansion to the CBDs of other capitals, but that’s likely to be the full extent of its announced plans. If you travel outside those areas, it’s a less compelling choice as a result, as you’ll simply get no signal at all.

The other strike against Vividwireless is the supplied data speed. We were only able to test in the Sydney CBD, due to Vividwireless’ previously mentioned small footprint of coverage, and our test results were uninspiring and a little lower than Three’s rather woeful coverage.

There’s value in what Vividwireless is offering if you’re consistently within its coverage zones, but based on our testing, it’s more a question of persistent slow-speed connection at good prices than anything that really knocks your socks off from a speed perspective.