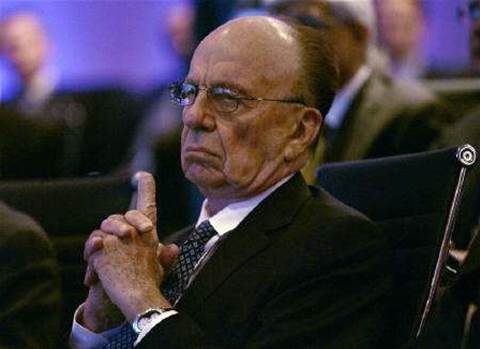 Justin Timberlake among the buyers.

News Corp has sold Myspace for US$35 million, a fraction of what it paid for the once-hot social media site even as a new generation of Web-based start-ups is enjoying sky-high valuations.

Advertising company Specific Media will team with the singer Justin Timberlake to acquire Myspace in a deal that caps a tumultuous period of ownership under Rupert Murdoch's News Corp, which swooped in to buy Myspace for US$580 million in 2005.

At the time, Myspace was among the the world's most popular websites, and News Corp's success in beating out rival Viacom in a bidding war was viewed as a major victory for Murdoch. Since then, however, Facebook has eclipsed Myspace in popularity, and the deal has become a hard lesson in what can happen when a traditional media company imposes its will on a start-up.

It also shows how quickly audience -- and investor -- tastes can shift in the world of social networking. Indeed, Wednesday's deal contrasts sharply with the current frenzy over social media companies, including LinkedIn, Twitter and Groupon, among investors looking for the next big thing.

Another of the hot start-ups, Zynga, an online social game company, plans to raise up to US$2 billion in an initial public offering that could be filed by Thursday, valuing the company at US$20 billion.

"This is a mistake that will repeat itself," James McQuivey, an analyst with Forrester Research, said of the Myspace saga. "I'm not sure that someone being pushed on by early round investors, someone reading their own press, which is praising them, will stop and say, 'Wait, is this a one-year fad, a two-year fad? Or is this a five-year to ten-year change in the way things are done?'"

The Myspace transaction calls for News Corp to retain a minority stake in the website, the companies said in a statement, confirming a deal that was reported earlier.

Specific Media, which specialises in digital advertising, did not disclose financial terms. It announced, however, that Timberlake -- who happens to have played Facebook adviser and investor Sean Parker in the movie "The Social Network" -- would take an ownership stake and serve a "major role" in developing a strategy for Myspace.

A source familiar with the transaction said the deal is worth US$35 million and is a mix of cash and stock. News Corp will retain about 5 percent, the source said.

Additionally, more than half of Myspace's 500-strong workforce is expected to be laid off because of the sale, the source said.

The deal comes after a four-month bidding process in which a number of different possible buyers surfaced, including other social networking sites and private equity firms. The auction had been expected to fetch in the neighborhood of US$100 million.

In the end, the sale serves as the latest example of what can happen to a once coveted company with a rocket-like trajectory that quickly loses its luster as competitors zoom past it in popularity.

Founded in August 2003 by Chris De Wolfe and Tom Anderson, Myspace was conceived as a way for friends and fans to connect with one another as well as with their favorite bands and artists.

At its peak in 2008, Myspace attracted nearly 80 million people in the United States, almost double that of Facebook.

The growth was too fast and Myspace had trouble scaling the number of users who were flocking to the site. Meanwhile Facebook had opened up its platform to third-party developers, such as Zynga and its popular FarmVille game. That attracted more people and kept them on the site.

By 2011, the number of U.S. visitors to Myspace fell to about 40 million while those visiting Facebook totaled about 150 million, according to online measurement firm comScore.

For the quarter ended March 2011, News Corp reported a segment operating loss of US$165 million, mainly due to declines at Myspace.