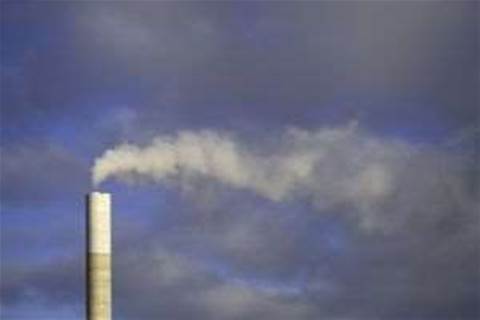 Why aren't cloud providers setting up shop in Australia?

Australia was found to be among “high-emission intensity countries” that uses fossil fuels to generate the majority of its electricity, according to a report Gartner published earlier this year.

Ninety-two percent of Australia’s energy was sourced from fossil fuels, Blosch found, reporting that this was “far from conducive to the development of a long-term green IT services sector”.

“What you see among data centre vendors is the recognition that 50 percent of costs is from power consumption,” Blosch told iTnews this week.

“In Australia, if carbon starts costing $20 a tonne, what some companies are asking is - does it make sense to keep data centre operations on-shore?”

As soon as next week, the Federal Government could announce a carbon price that would be used to tax the burning of fossil fuels from July next year.

Blosch speculated that uncertainty around carbon pricing in the past few years, as well as the relative scarcity of renewable energy sources in Australia, might have curbed local data centre investments.

“New Zealand enjoys a strong brand reputation as a green country,” he reported.

“IT services could and should fully consider the potential benefits of relocating storage to optimise and use emissions arbitrage alongside energy efficiency to achieve cost-effective and truly sustainable cloud, SaaS and other outcomes.”

Longhaus research director Scott Stewart argued that service providers were more influenced by demand than they were by environmental sustainability and a carbon tax.

“The push for getting a slice of the cloud market is more dominant in [vendors’] minds than the cost of the carbon tax further on,” he told iTnews yesterday.

“Over time, we will see more sustainability-type initiatives come into play, [but] I haven’t seen any [vendor] saying that the carbon tax is going to inhibit or stall investments.”

Stewart speculated that economic drivers such as market size, labour and set-up costs – rather than environmental concerns – were behind vendors’ decisions to establish data centres in Asian countries, instead of Australia.

Greenpeace found that coal-generated electricity accounted for 34.7 percent of Google’s US power consumption; 54.5 percent of Apple’s; and 53.2 percent of Facebook’s (pdf).

It accounted for 49.4 percent of power consumption by HP’s UK and US data centres; 34.1 percent and 28.5 percent by and Amazon Web Services in the US and Ireland, and 51.6 percent by IBM in the US, Ireland and Singapore.

A spokesman for Amazon Web Services refused to speculate on the impact of carbon pricing on data centre plans, saying only that the company "plans to have more data centres in different countries and regions over time.

“When deciding on a data centre location we look at several different dimensions, such as the quality of the infrastructure, proximity to technical and business talent, and proximity to our customers," the spokesman said.

Australian banks and government agencies are currently obliged to keep customer information on-shore; however, both Stewart and Blosch forecast the emergence of ‘hybrid’ data storage models under which less sensitive testing and development environments could use off-shore facilities.

“To be honest, there isn’t much incentive to put data centres in Australia at the moment,” Blosch said, highlighting Gartner’s recommendation that data centre operators price the cost of carbon into their financial considerations.