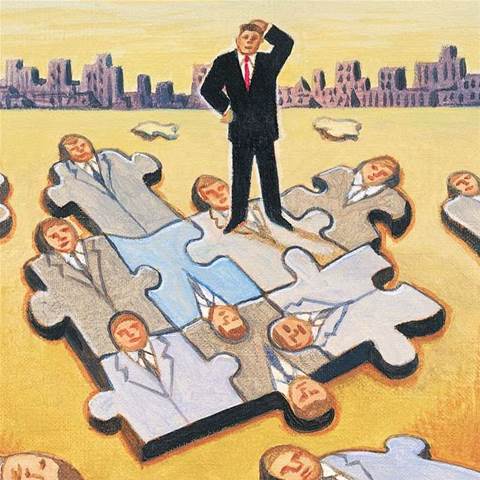 Microsoft has split its XAML developer team into three parts, raising developer concerns that it might move towards killing off the Windows Presentation Foundation (WPF) and Silverlight.

The Redmond giant sent internal emails overnight announcing that XAML developers would be divided among the Windows and Windows Phone teams, with only a core group to be left where they were.

XAML was the mark-up language that ran behind the scenes of WPF and its better-known cousin, Silverlight.

WPF and Silverlight are technologies focused on user experience. WPF ships with .NET and has features that Silverlight doesn't.

The future of Silverlight was uncertain after it garnered no mention in a preview of the Windows 8 operating system earlier this month.

Microsoft had declined to provide any detail on Silverlight and .NET support in Windows 8 ahead of the BUILD conference in September.

WinRumors reported that moving part of the XAML team to the Windows division should make developers "feel a little more comfortable" about the direction of Windows 8.

Most concerns with the XAML team break-up were to do with how WPF, Silverlight and tools like Expression Blend would survive in their current forms.

"XAML is officially ALIVE and the future of Windows! But making a sensible guess... WPF/SL [Silverlight] will die to be reborn," Sydney software developer Jack Ukleja tweeted.

"I feel bad for people who have made huge investments in WPF/SL but your stuff will still work for 10 years, and your skills will apply to DirectUI. [sic]"

ArsTechnica also questioned the immediate future of WPF and criticised Microsoft for not attempting to nip developers' concerns in the bud before September.

While Barnes noted that the release of "Silverlight 5 and a WPF vNext" in the next fiscal year would buy developers some time and have a "calming effect", he'd personally "like to corner Microsoft ... into giving more concrete assurances" around the future of the products.

Barnes likened the internal memos – which he published alleged versions of – to breaking down a car to its various components (and presumably expecting it to still function).

"I think what has happened in this email is the equivalent of me saying 'I really like this car, now can we take the wheels and put them over there. In addition, can you take the steering wheel and dashboard and put it over there. Lastly, can you take the engine and well. Just leave it in place for second; I'll get back to you later on where we can put that next'," he wrote.