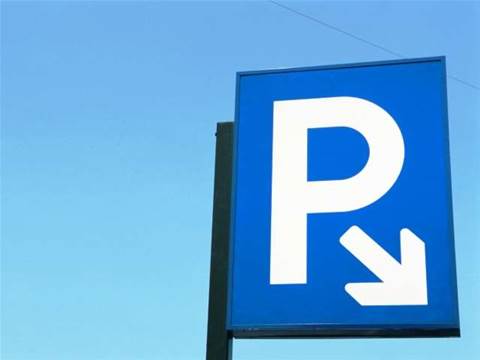 Vehicle Monitoring Systems has filed suit against a Melbourne company it accused of infringing its innovation patent for a system that alerted council parking officers to overstaying cars.

In a statement of claim filed in the Federal Court, the Sydney company accused Melbourne's Database Consultants Australia of infringing its innovation patents "flagrantly" in the knowledge they existed and in "reckless disregard" of the potential for infringement.

Vehicle Monitoring Systems claimed to have suffered "loss and damage" on its 2005 patent that it certified last January and sought for the respondent to be "permanently restrained" from marketing its PinForce product.

But Database Consultants Australia today filed a cross-claim in the Federal Court in Sydney to have Vehicle Monitoring Systems' innovation patent ruled invalid.

Innovation patents were different from standard patents because they were only recognised in Australia, issued for eight years instead of the standard 20 years, required a lesser degree of improvement on the state of the art than regular patents and were granted without examination. Patent holders can't sue until they certify their innovations.

In 2001, the Federal Government administrator IP Australia, formerly the Patents and Trademarks Office, granted a Melbourne man an innovation patent on the wheel for which MIT in the US awarded them an Ig Nobel Prize.

Vehicle Monitoring Systems' barrister Julian Cooke told the court today that since it filed a statement of claim, Database Consultants had "admitted" its PinForce Sentinel product had "all of the integers of each of the five claims of patent [in the case] except [in] claims two and five".

In patents law, the features of existing products covered by a patent were known as integers.

"The only thing standing in the way of [Vehicle Monitoring Systems] obtaining an injunction is the cross-claim," Cooke said.

Cooke sought a timetable for affidavit evidence to be laid, fearing that if the case became drawn out that his client could "run into problems with the expiry date of our patent".

The patent ran out next May.

And Cooke sought a "sliver of discovery as to the allegedly missing integers". Database Consultant's  barrister Neil Murray separately sought some discovery.

Justice David Yates said that while he didn't "have a closed mind" to discovery, he would "need to be persuaded" of its merits.

"My own view is that what is to be gained by discovery is limited," Justice Yates noted.

"My inclination is not to make orders on discovery. If the claim for discovery is pushed, a better way to proceed would be by motion."

Murray also raised concerns that the Melbourne company had been selling its PinForce technology since 2008.

"It was always open [to Vehicle Monitoring Systems] to divide it out since 2008 but they chose not to do so."

The matter was relisted for further directions on October 19.