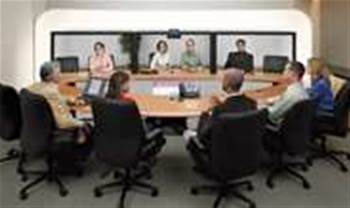 Cisco has unveiled its simplified US$21,600 MX200 TelePresence unit in an attempt to stem threats by rivals Vidyo and Polycom to its premium and largely closed video conferencing platform.

The networking giant shot out several product announcements on Tuesday that it said offered TelePresence customers greater scope for interoperability with other standards-based devices.

Vidyo took a swipe at the “excessively high price tag” associated with telepresence rooms from major players which it accused of failing to "deliver an immersive experience”.

The rival took to task the way a typical three-screen Cisco TelePresence set-up handled a four-way conference. The US$1 million configuration, Vidyo claimed, required screen-switching to cater for the fourth person, which made it an “imperfect telepresence”.

VidyoPanorama will also deliver high resolution video conferencing over Windows, Mac and Linux desktops, as well as iOS and Android mobile devices and other room systems.

“The video needs to be VGA quality or better for the face of each participant, with real-time voice and video synchronisation, whether the person is participating from a high-end room system or an iPad2,” Vidyo said on its blog.

Vidyo chief executive Ofer Shapiro recently told US media that its nine screen system could be set-up for US$60,000 compared with the US$300,000 benchmark for a lower screen count by the bigger players.

Cisco has responded with lower costs and set-up times, promising that its MX200 endpoint solution, which will be available globally from July 2011, could be up and running within 15 minutes.

Meanwhile enhancements to Cisco's endpoint software will extend its functionality to any “standards-based” third party endpoints, without requiring additional hardware, according to Cisco.

“This innovation will dramatically increase the simplicity of connecting video calls across the Cisco TelePresence portfolio and between Cisco and endpoints made by other manufacturers.”

Cisco will also attempt to exceed the capabilities of its lower cost rivals with its newer TelePresence Server 8710 and 7010, systems which it claimed supported up to 64 meeting participants in 720p30 HD and 48 participants in 720p60 and 1080p30 full HD.