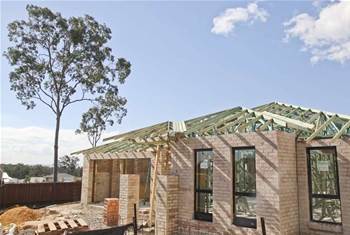 Telstra and NBN Co have created a policy document on accountability and ownership of pit-and-pipe infrastructure in new housing estates after four months of tense negotiations.

The document, to be released in as little as two weeks, could see Telstra transfer ownership rights over passive infrastructure it had rolled out in greenfields developments since the beginning of the year to NBN Co.

However, developers could be forced to compensate Telstra for the transfer, which was necessary for the estate to be eligible for NBN fibre.

The resolution appeared to have been reached without direct intervention from Communications Minister Stephen Conroy, according to a spokesperson for the Minister's office.

However, it is believed at least some members of the Department of Broadband were involved in forming the policy paper.

NBN Co and Telstra have tussled over conduit handover in new developments since at least January.

The dispute affected housing developers that had allowed Telstra to roll out passive infrastructure in their estates to meet the Government's 'NBN-ready' mandate that came into effect January 1.

Telstra and NBN Co claimed ownership of the same passive infrastructure in their respective agreements with housing developers.

It was understood that up to 200 subdivisions – some 6,000 lots – had commercially agreed to allow Telstra to roll out passive infrastructure in their estates, because the telco was seen as best placed to interpret NBN Co's complex greenfields fibre specifications.

Urban Development Institute of Australia's NSW president Stephen Albin raised concerns over any bid by Telstra to recoup money from developers in return for relinquishing control over that passive infrastructure.

"[As developers] you don't want to have to pay for that pit [and pipe] down the track, especially when NBN Co will [now] do it for free," he told iTnews.

The dispute was cited as one reason among 20 or 30 issues that had stopped up to 55 housing estates from signing fibre agreements with NBN Co.

"Remember that lawyers are about risk elimination," he wrote in an advisory to clients.

"They have little, if any, concern with project completion. On the other hand, project managers and engineers are responsible for achieving results, within tight time frames. They practice risk management - not risk elimination. The advice of lawyers is valuable, but if we let it control us, we will get nothing done.

"Our considered opinion is that clients should sign and return their NBN Agreements immediately, to avoid missing out on a great opportunity."

NBN Co has been mandated as supplier of last resort for greenfields estates of over 100 properties from 1 January this year.

The company is required to install fibre free of charge at estates that have deployed adequate pit-and-pipe infrastructure.

NBN Co has said it plans to pass 172,000 greenfield premises with fibre, activating at least 132,000 of those, over the next year.

That construction, handed to Fujitsu and construction partner ServiceStream under an initial 12-month $100 million contract, would make up part of the 1.9 million greenfield premises that NBN Co expects to pass as part of its rollout over the next decade.

In May, the telco said it had received 1,480 development applications from greenfields estates over four months, representing approximately 133,000 individual premises.

Do you know more? Contact the author at jhutchinson at itnews dot com dot au