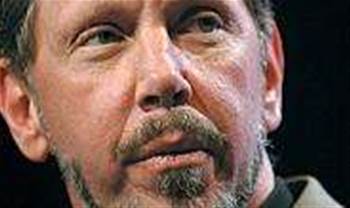 Good fences does not include giant trees.

Oracle boss Larry Ellison plans to commence legal proceedings against his San Francisco neighbours over trees planted on their property which block his view.

Ellison is unhappy that his neighbour’s three redwood pines and an acacia have blocked the clear view of San Francisco’s bay that the property had when he purchased it in 1998, according to a Wall Street Journal report.

The dispute with his neighbours, the Von Bothmers, has been running for several years, with multiple attempts at conciliation failing to find a compromise.

Ellison had even offered US$15 million to the Von Bothmers to buy the property, which was rejected despite the US$8 million premium on its 2004 purchase price.

The trees have reportedly blocked the view from the third-floor of Ellison's five bedroom property -- a space he uses for entertaining. He plans to spend more time at the house during the 2013 America’s Cup yacht race in 2013, according to the report.

Ellison has also denied a claim by the Von Bothmers that he ordered one of his workers to clip the offending trees, and claimed in a deposition that he had willingly removed several redwoods on his property after a neighbour complained they would eventually block her view.