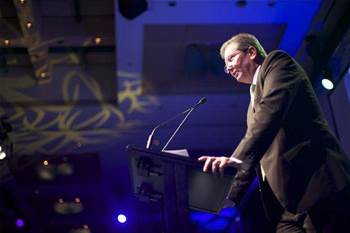 AusCERT: Police ask the business community to speak up.

Cybercrime is the biggest challenge Australian police have ever faced, said the fraud chief of Queensland Police.

His statement may raise eyebrows of those who see murders and organised crime as the greater threat, but detective superintendent Brian Hay says cybercrime is harder to investigate.

“The threat is so great that we need a platform of community policing,” Hay said.

Law enforcement is essentially on its own in the fight against cybercrime, and a cagey private sector is seldom willing to report crime. In fact, less than one percent of cybercrime is reported to police, he said.

"The last thing businesses want is for police to take away their hardware because of cyber criminals in another country.”

Cybercrime must be fought with “polygamy” of private and public security, something akin to Australia’s Neighbourhood Watch scheme, Hay said.

For this to work, the good guys can take a leaf from the criminals

“They provide tutorials, maintain awareness of what others are doing, offer credibility ratings, define responsibilities, and play to each other’s strengths.”

“Could this be a criminal utopia?”

Australia is a “victim country”, Hay said, and it is almost impossible to prosecute criminals located overseas.