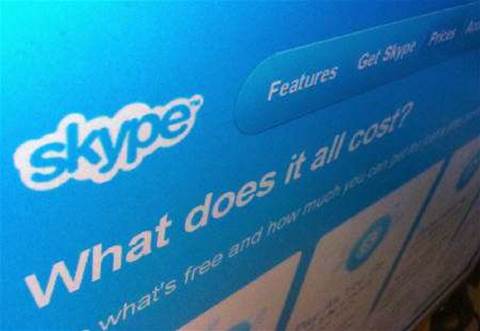 Microsoft's US$8.5 billion acquisition of Skype is likely to boost videoconferencing from workers' desktops, posing further risks to video technology providers like Polycom and Logitech.

The cheaper end of the US$3 billion videoconferencing equipment market is already suffering from inroads that Skype and other video applications are making in the market, historically controlled by stand-alone conferencing devices in offices.

"Some of the more narrowly focused companies will likely struggle," Dodd said.

Analysts said companies like Polycom and Logitech were first in line to be hit if Microsoft succeeds in turning Skype more towards enterprises, while companies like Cisco and Hewlett-Packard, which have wider offerings and focus more on the fast-growing high-end of the market, would be little affected.

"I think we're well positioned here, but if you haven't got good, big competitors and good start-ups, you're in the wrong market," Cisco Chief Executive John Chambers told analysts after the company reported quarterly earnings this week.

The market for high-end offerings, such as telepresence rooms costing about US$300,000 each, will grow 19 percent annually through 2015, according to research firm Ovum.

Many smaller companies in the industry said Microsoft's massive bet on Skype would boost take-up of videoconferencing and create new opportunities for them.

"Skype takes the scariness out of videoconferencing," said Ashish Gupta, marketing chief at venture-backed Vidyo, whose software platform is used by HP and Google among others.

Polycom Vice President Sue Hayden said Skype was a consumer offering that should not affect the enterprise market.

"We don't see the Skype consumer play disrupting the enterprise performance," she said, adding the acquisition would not have an impact on Polycom's business with Microsoft.

"We have a number of contractual arrangements with Microsoft that are fully in place, fully intact. This does not change that at all," Hayden said.

Analysts at William Blair & Co -- which estimates Polycom derives some 5 percent of its revenue from Microsoft -- said the deal would not affect Polycom in the near future but there were longer term risks.

"It could cap Polycom's growth potential within the Microsoft ecosystem, especially as Skype scales up to serve the enterprise market (though this will not happen overnight) and hardware devices are viewed as less important," analysts said.