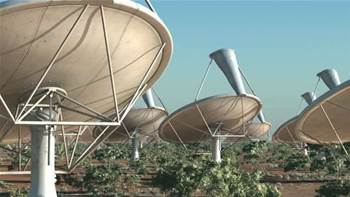 The Gillard Government’s focus on national broadband infrastructure was apparent in a 60 percent rise in spending on “transport, telecommunication and other infrastructure” research in 2010-11.

Last night’s Budget also committed $21 million over three years on an ‘Inspiring Australia’ program to promote scientific careers, and a separate $3 billion over four years to the CSIRO.

Of that $3 billion, $14.7 million would go towards the research organisation’s Tasmanian ICT Centre, which would receive a further $5.3 million in 2015-16 to meet the Government’s April 2011 pledge of $20 million.

The CSIRO said last night that it was finalising a new Strategic Plan for the 2011-15 period, which would be launched in July.

According to its 2007-11 plan (pdf), the upcoming four-year period marked the end of a 15-year journey to make the CSIRO “more relevant and of greater benefit to Australian society” and would be characterised by the “accelerated delivery of national benefits”.

Over the next four years, the CSIRO expected to spend: $2.4 billion on its National Research Flagships; $2.38 billion on core research activities; $157 million on science outreach; and $537 million on national research infrastructure.

CSIRO pledged $90.7 million over the period to scholarships and research programs under a ‘Science and Industry Endowment Fund’, which in 2009 received $150 million from the CSIRO’s WLAN licensing program.

“Finding room for this funding in a responsible Budget has been difficult, but it demonstrates the value the Government places on this important institution,” Senator Carr stated, noting that the research organisation earned more than $100 million from annual Government commissions, in addition to the $3 billion pledged.

Budget 2011-12 documents (pdf) forecast savings of $33.4 million from the CRC program, which commenced in 1991 to link research institutes with public, private or community sector end users.

A further $6.0 million was cut from Enterprise Connect, which offered support and advice to small and medium enterprises, leaving the program with $101.3 million over four years.

Meanwhile, the Department’s CRN program, which aimed to boost the research capabilities of smaller and regional higher education institutions, lost $20.7 million for the 2013-15 period.

Greens MP Adam Bandt said cuts to CRC and CRN, worth $54.1 million in total, highlighted “the need to continue campaigning for science and research funding”.

“It reinforces the need continued advocacy for research and innovation support.”