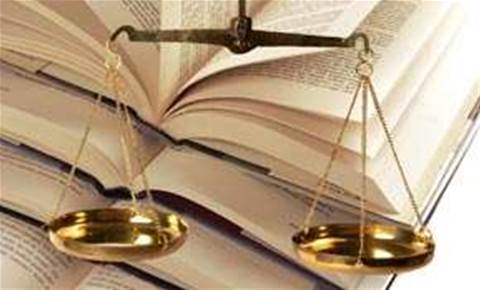 Tweeting only by approval.

South Australian chief justice John Doyle has flagged mobile phone jamming as a means to block  Twitter use in the state's courts.

Jamming would prevent public disclosure of facts that could compromise proceedings, such as details subject to suppression orders, according to Doyle.

He told ABC's 7.30 program that the disclosure on the internet of some witness testimony could compromise hearings, but that judges could not prevent the details being published by Twitter users inside the court.

While he flagged use of mobile jamming technologies as a potential way to stop in-court tweets, Doyle noted it would not stop people from stepping outside the court to tweet instead.

However, he noted that instituting jamming would be "heavy-handed".

Court officials have indicated they are unaware of instances where use of the social networking tool has compromised hearings.

The Federal Court of Australia said it has not reported problems with the use of Twitter and had left its use during court to the discretion of trial judges.

The Supreme Court of Victoria ruled journalists must acquire consent from the court before using social media during hearings.

The press authority is investigating whether tweeted statements by reporters and publications should be subject to the same scrutiny and liability as traditional media, The Guardian reported.

A remit extension could be in place by year’s end and, if granted, would allow the authority to investigate suspected inaccurately tweeted statements by media.

Doyle said that any local decision on Twitter use could be informed by investigations by UK courts that have suggested Twitter users be segregated from others to allow immediate suppression orders to be enforced.