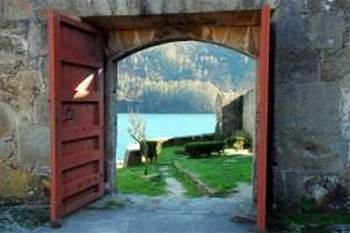 A global report on internet freedom has ranked Australia fourth most "free", with affordable, high-quality connections available to 75 percent of the population.

The 410-page Freedom on the Net 2011 report (pdf) followed an April 2009 pilot and aimed to characterise internet freedom through a set of 21 questions about infrastructure, industry regulation, censorship, surveillance and privacy.

Australia ranked below Estonia, the US and Germany as the fourth most free online environment. It had more than 9.1 million active internet subscribers and 16 million users at the end of 2009.

It also ranked fourth in terms of internet penetration, below the UK, USA and South Korea. Freedom House expected Australia’s penetration rate to rise from 75 to 100 percent on completion of the National Broadband Network (NBN).

However, Freedom House researcher Alana Maurushat expected Australia's ranking to remain constant for the next five years, as NBN benefits balanced moves by the Government to increase surveillance mechanisms.

"We risk leaning too far towards the encroachment on civil liberties without evidence that such encroachment will reduce cybercrime," said Maurushat, of the University of NSW's Cyberspace Law and Policy Centre.

"There is still the propensity of Australian governments to equate increased surveillance mechanisms with the ability to curtail cybercrime.

"As a cybercrime expert, I am worried that we are rushing into many such proposals without doing a thorough assessment of whether they are achieving their goals."

Pros and cons of Australian cyberspace

Freedom House researchers described a regulated but fairly free competitive market for internet access, with the Australian Government having "adopted a strong policy of technical neutrality".

The report also found that Australian law did not currently provide for mandatory blocking or filtering of content, so citizens could openly criticise politicians and policies without Government interference.

However, Freedom House found that “threats to internet freedom are growing and have become more diverse” globally, and Australia was no exception.

Researchers highlighted a now-repealed South Australian law that made it illegal for individuals to anonymously comment on political issues in the lead up to the March 2010 state election.

They also highlighted a mandatory, ISP-level internet filter that was proposed by the Labor Government in December 2009, but put on hold until mid-2013, pending a review of Australia’s content classification system.

“The proposed filtering system has been controversial in Australia as there are concerns of over-blocking, censorship of adult materials, scope creep, and impairment of telecommunication access speeds,” Freedom House noted.

“While [Prime Minister] Gillard has voiced support for the filter in the media, the likelihood of any such proposal becoming law is slim due to the strong opposition to any such legislation by opposition parties.”

The data retention proposal was expected to support Australia’s accession to the Council of Europe Convention on Cybercrime; however, Freedom House reported that Australia would “go beyond the treaty’s terms”.

“This compulsory data-retention policy, if enacted, could become a great threat to online freedom in Australia,” researchers wrote in a section titled ‘Violation of User Rights’.

While Australia did "not yet have the balance right" to ensure a free internet while combating cybercrime, neither did Freedom on the Net 2011 leaders Estonia and the US, Maurushat said.

"Estonia and the US are ranked the 'free-est' nations, mostly due to a lack of regulation," she told iTnews.

"These two countries, however, are also the bed of cybercrime with many criminals choosing to register domain names in these countries.

"While free speech is incredibly important, it has also been used to shield some of the worst activity on the internet."

Freedom House stated that it did “not rate governments or government performance per se”, and that index ratings reflected the interplay of government and non-governmental organisations – including private corporations.

Despite a “pushback” by citizens and human rights activists, the report found a strengthening of censorship and internet surveillance powers in response to the rise of social networks and other Web 2.0 applications.

Internet users were arrested for online content in 23 countries, the report noted. Among those were a Chinese woman who faced labour camp over a Twitter message, and an Indonesian woman Prita Mulysari, who was charged with libel for an email she sent to friends about service at the Omni International Hospital.

Australia was among eight countries deemed to have a “free” internet. Others were Estonia, the US, Germany, the UK, Italy, South Africa and Brazil.