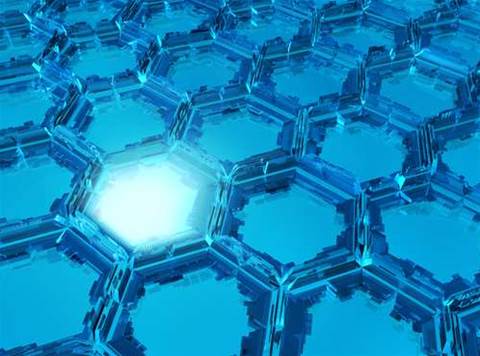 Stammers said that while Amazon, Microsoft and Google are dominating the cloud storage market, there is still hope for the smaller players, with the likes of Box, SOS Online Backup, Dropbox, Nirvanix and Zetta picking up significant market share.

This week, Dropbox announced that it had achieved a dramatic increase in users, up from four million a year ago to around 25 million today, although the company has yet to disclose revenue or profitability figures.

By most estimates though, Amazon is well in front; and that, according to Stammers, certainly makes it challenging for new market entrants.

"Other providers will be able to offer value-add services, but future raw storage and compute services are very likely to be dominated by a handful of giant suppliers, because of the economies of scale,” he said.

“We’re not in that situation yet. Amazon is not the only option, and it does not have a lock on the market.

"For customers, moving virtual servers or storage between clouds is a chore, but isn’t impossible. A raft of storage start-ups are providing gateways and services that make public cloud storage easier to use. They have all chosen to support S3, but they are also supporting alternatives such as Azure, Rackspace and Nirvanix. They are also offering services to move data between public clouds. There’s still competition out there.”

Nirvanix and Zetta were quick to capitalise on the announcement by Iron Mountain, with each offering to migrate Iron Mountain customers' data to their services for 30 days free of charge, with the option of then implementing one of their offerings at the end of the trial period.

At home, Sydney-based cloud computing provider Ninefold launched a cloud storage offering on March 23. Managing director Peter James said there have been "record numbers of sign-ups" to the company's core services since storage became available as a service.

James said service providers struggling with cloud storage were too focused on archive and back-up. "While that is a use-case, we approach the market with a different philosophy. We offer storage as an integrated offering with compute, and we target content rich web apps and internet accessible storage for content distribution.

"The research we had done shows that this part of the market – a mix of social media and rich web apps - is growing at 80 percent in storage terms while pure IaaS [infrastructure as a service] is growing at 50 percent."

In its report on storage trends for 2011, Ovum noted that there are some serious limits to how an enterprise customer might use commodity compute cloud services.

These services store customer data alongside the applications that customers have uploaded to those clouds. Often the cloud data storage system has been configured for copies of data, rather than working with primary data.

As such, these storage services aren’t always “enterprise friendly” – only available for use by applications using the cloud provider’s web protocols or APIs, failing to support existing file structure and not able to make ‘point-in-time’ snapshots as an in-house storage array can.

“This might not be a problem for applications written from scratch to run in public clouds, but it is an obstacle for other application,” Stammers reported.

Ovum expects that a new market may emerge for enterprise-class cloud storage services – increasingly becoming available in the U.S. – which present the same interfaces to the user as what has been used for enterprise applications deployed on-premise (e.g CIFS or NFS). The only difference being that the cloud offering would be based on object-orientated storage to provide scale and lower cost.

“Taking the economy-of-scale one step further, many start-up providers are not operating that back-end storage themselves, but are simply providing CIFS and NFS interfaces to giant third-party clouds, such as those from Amazon,” the firm reported.