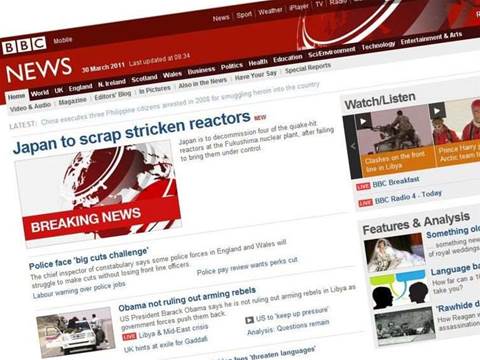 Faulty switch takes out BBC's websites for an hour

The BBC is looking into the causes of a technical failure that knocked its web estate down for an hour last night.

BBC News editor Steve Herrmann said the sites were down for a full hour, but came back live at about midnight.

"We haven't yet had a full technical debrief, but it's clear it was a major network problem," he posted to the BBC blog.

BBC staff suggested over Twitter it was down to a "faulty switch" or configuration problems. Others suggested that it looked like a problem with the BBC's DNS servers.

A BBC news report said Siemens, which provides the broadcaster's IT support, was looking into the problem, but its engineers got the sites back online by powering down equipment and turning it back on again.

During the outage, many took to Twitter to suggest more dramatic causes, including a distributed-denial-of-service attack by Anonymous.

"It's not often we get a message from the BBC's technical support teams saying, 'Total outage of all BBC websites'," Herrmann said.

"We'd like to apologise to everyone who couldn't get onto the BBC News website during that time," he added.

Update: The BBC's controller for digital distribution, Richard Cooper, has issued an explanation to the outage, saying multiple failures knocked the sites offline.

"Our systems are designed to be sufficiently resilient (multiple systems, and multiple data centres) to make an outage like this extremely unlikely," he said in a blog post.

"I'm afraid that last night we suffered multiple failures, with the result that the whole site went down."

"For the more technically minded, this was a failure in the systems that perform two functions," he added.

"The first is the aggregation of network traffic from the BBC's hosting centres to the internet. The second is the announcement of 'routes' onto the internet that allows BBC Online to be 'found.' With both of these having failed, we really were down."

He said the BBC would take a "hard look" at its systems to ensure such a fault didn't happen again.

Got a news tip for our journalists? Share it with us anonymously here.
Copyright © Alphr, Dennis Publishing
Tags:
anonymous bbc security siemens switch