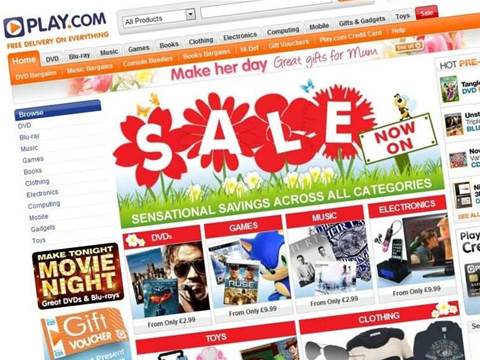 Play.com has admitted a security breach has leaked customer details.

"Unfortunately this has meant that some customer names and email addresses may have been compromised," the email said.

"Please be assured this issue has occurred outside of Play.com and no other personal customer information has been involved," it added.

Play.com advised users to be "vigilant" with their email, and asked users to forward "anything suspicious" to privacy@play.com for investigation.

The email list is apparently already being used to target customers with phishing scams, according to reports in forums.

Update: A spokesman for Play.com said the breach only leaked email addresses, not credit cards, addresses, or passwords, which were held separately from marketing data.

"We believe this issue may be related to some irregular activity that was identified in December 2010 at our email service provider, Silverpop," CEO John Perkins said in a statement. "Investigations at the time showed no evidence that any of our customer email addresses had been downloaded."

"Play.com has taken all the necessary steps with Silverpop to ensure a security breach of this nature does not happen again," he added.