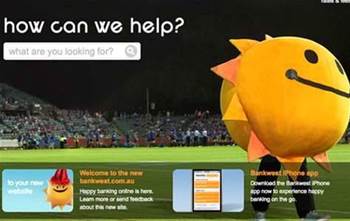 Development of the site involved 50 staff, 18 months of work, and a “significant investment” according to Bankwest head of ecommerce Jane Muirsmith.

The new site featured a prominent search bar and an online banking login feature, replacing a link-heavy, tabbed interface that was last updated in September.

On the back-end, Bankwest replaced a proprietary content management system with one by US-based FatWire, which also counted News Ltd and Barclays as customers.

The new, “future-proof” site was built on javascript and was expected to be lightweight enough to support customers on 56 kbps dial-up connections, Muirsmith said.

“We believe that by the time a customer comes to our site, they already know what they are looking for,” she told iTnews.

“We built this site on the premise that it was a research tool [for customers] rather than an advertising platform.”

Bankwest claimed its assisted search functionality to be a “first of its kind” for banks in Australia, with the ability to predict popular search terms and suggesting keyword matches as users typed.

The bank also launched an iPhone application, in line with its aims to build greater “device capabilities”.

Muirsmith did not disclose the cost of the project and details of the hardware refresh.

Last week, Commonwealth Bank executives noted that its $1.1 billion core banking modernisation project would enable it to more quickly and easily introduce new features for itself and Bankwest.