RIM to find new marketing chief to revive its brand 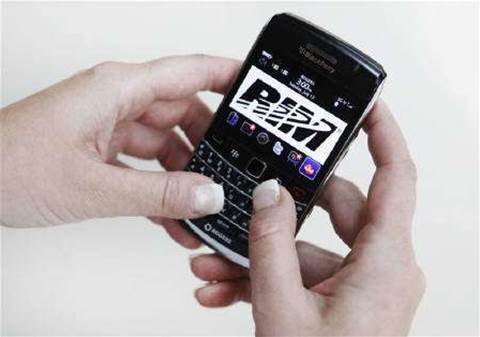 The head of marketing for Research In Motion will leave the company in six months, raising questions about BlackBerry branding as the smartphone maker gets set to launch its long-awaited PlayBook tablet.

Keith Pardy, who joined the Canadian technology company in December 2009, decided to leave for personal reasons, RIM said in a statement on Friday. He will stay with the company for the next six months to help with transition.

His surprise resignation comes weeks before the expected launch of RIM's PlayBook - almost a year after the introduction of Apple's iPad tablet.

The RIM offering will also have to compete against devices powered by Google's Android platform.

The appeal of the BlackBerry brand - once equal with Apple's - has withered under Pardy's stewardship, according to a January ranking from Brand Keys consultancy.

"The brand's been losing resonance over the past few years. It does not have the brand cachet ... to engage consumers the way an iPhone does," Brand Keys president Robert Passikoff said.

RIM has sought to keep PlayBook in the minds of consumers and business customers with a drip feed of announcements and trade show appearances since first lifting the covers on the tablet in September. The company has yet to announce when it will ship or give details of its pricing.

In contrast, Apple founder Steve Jobs received a standing ovation when he announced the iPad 2 on Wednesday. The product will ship later this month, possibly ahead of the PlayBook.

But Pardy's imminent departure may not have much impact on the immediate success of the PlayBook when it finally launches, said Rhoda Alexander, an analyst at market research firm IHS iSuppli.

"Hopefully, when you're weeks away from product release, you've laid most of the groundwork for the marketing efforts," she said. "Others can execute the groundwork that's been laid out."

Pardy has long experience in consumer marketing. Prior to joining RIM, he worked for 17 years in marketing at Coca-Cola before joining Nokia in 2004.