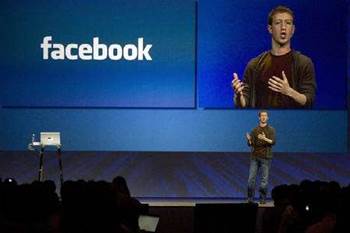 Investment firm General Atlantic is investing in Facebook, valuing the leading social network at US$65 billion, representing a 30 percent boost from its last big investment in January, according to a report on CNBC.

General Atlantic is purchasing a block of roughly 2.5 million Facebook shares from former Facebook employees, giving the firm a 0.1 percent stake in the company, CNBC said.

The deal, which has not closed and requires approval from Facebook, would give General Atlantic a 0.1 percent stake in Facebook, according to the report.

In January, Facebook said it had raised US$1.5 billion from investors including Goldman Sachs and Digital Sky Technologies, as well as through a private offering to overseas investors conducted by Goldman Sachs, at a valuation of roughly US$50 billion.

Facebook is the world's No.1 Internet social network with more than 500 million users.