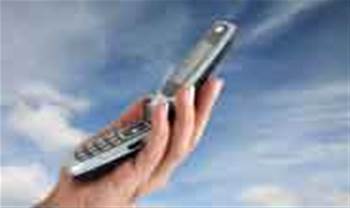 Concerns about meeting our insatiable appetite.

The Australian Communications and Media Authority will begin a series of consultations this year to examine future spectrum bands for mobile broadband, amid concerns that spectrum "re-farmed" from defunct services won't be enough to meet future demand.

The telecommunications regulator said the first "in a series of consultation papers in 2011" would look overseas in an effort to work out just how much spectrum will be enough to keep a lid on mobile data demand.

ACMA did not provide a date for release of the paper, expected to be titled Mobile Broadband: Considering Future Spectrum Requirements.

"[The paper] will consider broadband strategies used by regulators overseas and consider the total quantum of spectrum required and the frequency bands where this spectrum may be available," the ACMA said in a five-year spectrum outlook released today.

"Responses to this first paper will allow the ACMA to develop a work plan.

"Once the work plan is set, the ACMA will consult on each frequency band separately so that issues raised by industry or affected stakeholders can be considered".

But the Authority warned that allocating to mobile broadband "may take several years due to various technical and incumbency issues".

The ACMA also raised concerns that any spectrum it was able to "re-farm" (re-use) as the technology that had previously used it was phased out "may not satisfy demand".

That demand appeared significant, although the ACMA paper would quantify it for Australia.

The ACMA cited early work by British regulators which stated that some 500 MHz of spectrum would be needed by 2015 to sate mobile broadband appetites.

Some – but not all – of the spectrum required in Australia could come from the 'digital dividend' – spectrum reclaimed from analogue television that was gradually being reclaimed and restacked in preparation for an auction sometime in late 2012.

The 'digital dividend' block was particularly suited to Long Term Evolution (LTE) deployments, although carriers like Telstra were deploying early LTE networks in the 1800 MHz band.