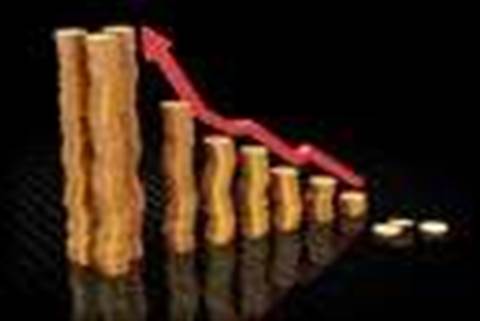 Analyst firm Gartner has reported 6.5 percent year-on-year growth in global server shipments for the last quarter of 2010, resulting in a revenue spike of 16.4 percent.

After a tough few years for the server market, thanks to the recession hitting refresh budgets, pent-up x86 server demand was finally unleashed in the quarter on the back of new processor launches, according to Jeffrey Hewitt, Gartner's research vice president.

"The introduction of new processors from Intel and AMD towards the end of 2009 helped fuel a pretty significant replacement cycle of servers that had been maintained in place during the economic downturn in 2009," Hewitt said.

Whilst the Europe, Middle East and Africa (EMEA) region showed good revenue growth of 10.4 per cent, it was notably behind North America’s 24.5 per cent, Asia Pacific’s 22.4 per cent and Latin America’s 12.3 per cent.

The only region which showed a decline in server revenues for the quarter was Japan.

IBM held the top spot for market share, rising to 35.5 per cent and raking in revenues of US$5.2 billion.

This helped Big Blue edge further ahead of its nearest rival HP, which had a small drop in market share – down to 30.4 per cent. However, HP did still grew revenues by 12.8 per cent to US$4.4 billion and remained the largest company by shipment.

At the other end of the scale, both Oracle and Fujitsu lost market share – down to 5.5 and 3.8 per cent respectively – as well as revenue.

Fujitsu only fell by 0.5 per cent year on year, giving it revenue of US$560 million, but Oracle plummeted 16.2 per cent to US$805 million, the report said.

Got a news tip for our journalists? Share it with us anonymously here.
Copyright © ITPro, Dennis Publishing
Tags:
8216returns growth8217 hardware market server to