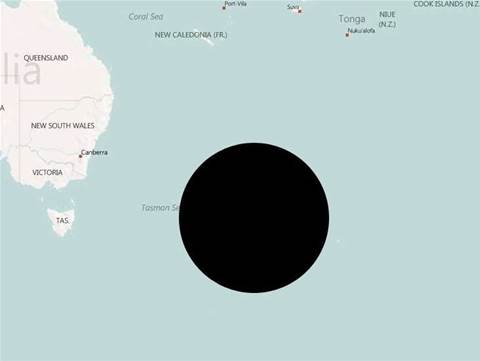 Vodafone has played down criticism of its New Zealand mobile network performance, despite facing what appeared to be similar issues in Australia.

Months after web developer Adam Brimo set up the Vodafail.com site to collate complaints about Vodafone's network in Australia, a similar site has sprung up in New Zealand called, 'Is Vodafone NZ f---ked for everyone or just me'.

The new website was the brainchild of Christchurch-based Apple iOS software developer Layton Duncan, who set it up to protest against what he perceived to be bad network services.

The site also linked to testimonials from other unsatisfied customers that had been expressed on the microblogging site Twitter.

"I set up the site because I was constantly banging my head against a network that was unusable for long periods of time," Duncan told iTnews.

Duncan said that the network issues started in December last year, with dropped and incomplete calls even when his iPhone showed a full-strength signal. He also reported stalled data sessions and total signal outages of up to 40 minutes at a time.

"On multiple occasions, I've rung my cell phone with it sitting in front of me with apparent service and the call goes straight to voice mail," he said.

Duncan said he raised the issues with Vodafone over Twitter, mainly because he didn't have a landline and couldn't use his iPhone.

However, Duncan claimed his fault reports were ignored by Vodafone. He said he had given up on Vodafone and was moving over to Telecom New Zealand's XT network instead.

Vodafone New Zealand has acknowledged the network problems but claimed the impact was limited to customers at the edge of cell sites, with only ten complaints logged by Vodafone's call centre to date.

"We are concerned that some people have experienced connection issues over the past weeks," external communications manager Michelle Baguley told iTnews.

She said that Vodafone "absolutely apologises" to customers and understood that the issues had been frustrating for customers.

As in Australia, Vodafone claimed that a soft upgrade of its network would fix the problems.

"The new software will manage signalling better on the network and particularly for the iPhone," she said.

The upgrade was expected to be completed in the next fortnight.

However, Vodafone also put some of the blame on customers who hadn't upgraded their iPhone firmware.

Vodafone also suggested that customers use femtocells – miniature base stations– to boost coverage in homes.

The Sure Signal devices, made by Alcatel-Lucent, could be purchased at a promotional price of NZ$99, boasted a 20 metre reach and allowed up to four devices to connect.

The device was also unlocked so any Vodafone customer in range could connect to it.

Customer complaints over poor performance during the recent IRB Rugby Sevens tournament in Wellington, has also led Vodafone intends to embark on an upgrade of its network gear in stadiums around the country.

The upgrade would be completed ahead of the Rugby World Cup later this year to deal with an increase in smartphone use by customers, which was putting pressure on the network.

During the Sevens tournament, Vodafone tried to prioritise voice and SMS over data, and to "half-rate" calls and text transmissions to boost capacity for the audience in the venue.