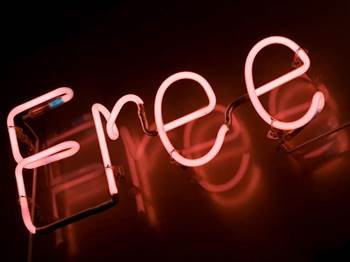 A NSW North Coast council has called on the Government to fund free NBN public access points to get rural residents excited by the prospect of superfast broadband.

In a senate committee submission [pdf], Port Macquarie Hastings Council warned that an "uninformed, untrained and, in some cases, an unmotivated market will generally have a low demand for NBN, irrespective of the quality of the technology".

The council said that initiatives that showed residents how productive they could be with an NBN connection represented "an outstanding and appropriate public investment".

In particular, the council sought Federal funding of "public NBN-enabled sites" that it believed would help residents - and potentially businesses - to "recognise new opportunities" by breaking down "knowledge, awareness and access" barriers to the technology.

"It is not considered that this proposed free service needs to continue indefinitely," Roach said.

The council also recommended a mentor system and more education for businesses in regional and rural Australia on the benefits that could be derived from fast broadband.

While councils generally welcomed the injection of fibre infrastructure into their communities, several raised concerns about how many of their constituents would actually receive a fibre connection and how quickly that might occur.

Councils in first-release NBN site locations on mainland Australia were known to have actively lobbied the Government to put their towns on the map for an early NBN connection.

It appeared that councils would now use the Senate Committee process as a new avenue to lobby for expedited rollout of last-mile NBN infrastructure in their regions.

For example, the City of Victor Harbor, through its submission [pdf], attempted to mount a case for the NBN to roll into town sooner so residents and businesses could take better advantage of a new backhaul cable that has been rolled out under the Federal Government's regional backbone blackspots program.

"Although this [new backhaul] is great news and welcomed by the City of Victor Harbor and our residents the project still relies on Telstra copper cables from the exchange to deliver the 'last mile' connectivity to the premises," the council said.

"As the new backbone service connects into the existing copper cables they do not offer any technical advantages in the end product and the only advantage is around competition, cost, and access to new/additional providers."

Victor Harbor's council suggested that business and council use of the new backhaul could be encouraged "in the short term with the installation of a local fibre optic loop strategically laid connecting all commercial, government and businesses within the local area."

"A large number of these premises can be connected quite easily due to the high concentration of these services within different parts of town," it said.

The council said it had pitched the loop to various parties, including Communications Minister Stephen Conroy, in a bid to attract funding for the project but had been unsuccessful to date.

Its new funding pitch to the Senate Committee was for Victor Harbor to become a case study and "best practice model for the nation highlighting what can be achieved through the NBN".