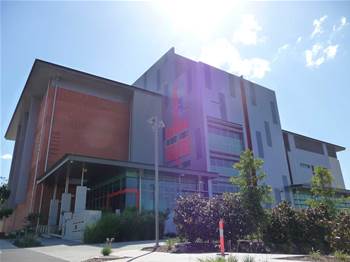 NBN Co has decided to locate its second national data centre within the state-of-the-art Polaris facility at Springfield in Queensland.

The contract was awarded despite NBN Co earmarking Melbourne as the location for its second data centre in September last year.

The centre already counted NEC, Suncorp, Citec and HP among its other major clients.

"We're pleased that one of these centres is in Brisbane as it extends our national footprint and capability," he said.

Both data centres were to be kitted out with a compute platform manufactured by Cisco Systems.

It was unclear whether NBN Co would run its Sydney and Brisbane data centres in an active-active configuration.

Sources close to NBN Co told iTnews the option had been under consideration for several months, although it did not appear a firm decision had been made.

Some of the confusion over the location for NBN Co's second data centre may have been due to the presence of a large racking environment in its Docklands facility near Melbourne's CBD.