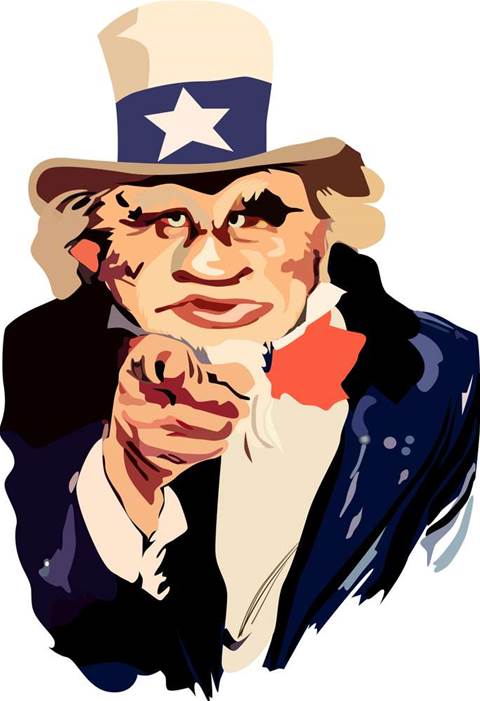 Blame it on Uncle Sam.

An exclusive iTnews investigation into the proportion of Federal Government agencies sourcing large IT contracts direct raised some eyebrows in Canberra this week - copied to the front page of the Canberra Times and sparking some angry emails from agency procurement officers already stifled by too much red tape.

The report found that 38.9 percent of Government contracts worth over $80,000 signed since December 2007 - some $42 billion worth of business - were sourced direct from vendors, despite mandatory requirements for contracts of that size to be subject to the rigour of an open market tender.

Procurement officers were naturally concerned that the report could lead to a Department of Finance crack down on the practice.

"There's not much you can buy with 80k - a contract for professional services for a technical consultant over two months will cost more than that," said one respondent, in a tersely-worded letter to iTnews editor Brett Winterford.

"Do you suggest governments run an open tender to recruit a consultant? An open tender needs to be publish for at least 25 days, and a whole myraid of documentation and process accompanies it (RFx documents, evaluation plans, confidentiality documents, risk assessments, legal involvement, recommendation memos)."

This got the iTnews team thinking - perhaps if the $80,000 threshold was raised to a more palatable number, and the tender process streamlined, blatant breaches of the guidelines would stand out from those cases in which procurement officers were genuinely attempting to avoid red tape.

But after some digging around, I discovered that the lifting of such a threshold is more complicated than you might think.

It's hard to believe, but the so-called $80,000 cut-off figure for mandatory procurement was an outcome of the Australia-US Free Trade Agreement (AUS-FTA).

Specifically, "covered procurement" of goods and services in the agreement included thresholds for federal entities in Australia and the United States of A$81,800 and US$58,550 respectively. (These figures derived from the International Monetary Fund's special drawing rights values).

Finance opted for an $80,000 figure in its 2005 mandatory procurement guidelines. From time to time the figure is reviewed by US and Australian officials, but there has been no need to amend the figure to date as the Australian dollar has more or less kept pace with the broad parity values.

So there is no easy way out of the $80,000 figure. It was set as part of a treaty that can only be changed at a very high level. If it is changed there may be consequences for other aspects of the Treaty less attractive to other industries.

So folks, it looks like the $80,000 figure is unlikely to be changed for a long time.

The treaty anticipated that the dominant impact of these guidelines would be to increase the number and scope of procurement opportunities offered to the full market by Australian Government agencies.

Being an international treaty, it was designed to free up Australian and US Government markets to more competition and access to each other's economies.

We are nonetheless determined at iTnews to continue to research the extent of direct procurement within Australian Government. There is huge amounts of dollars at stake and ultimately Governments should be accountable when guidelines are breached for the wrong reasons.

So today I give you my latest contribution - a table of IT procurement during the 2010 calendar year by agency.