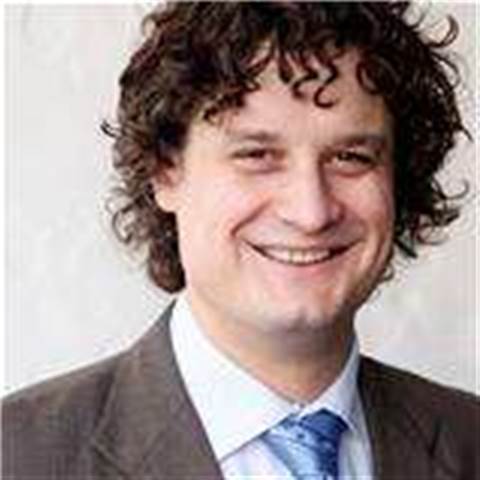 Opinion: Beyond the marketing noise, Microsoft's offering is compelling.

If you can get past some of the breathless marketing dribble coming out of Redmond at the moment, you’ll find that Microsoft’s Online CRM offering is actually quite compelling.

The 2011 Dynamics offering is the first time Microsoft has offered its CRM software as-a-service from its own data centre in our region.

Naturally, Microsoft’s marketing team has their sights on Salesforce.com, which in recent years has stripped CRM business away from traditional volume licensing models with a simpler pay-as-you-go service.

But so far, I would suggestMicrosoft's marketing is misfiring.

At an international launch event earlier this week, Microsoft introduced itself as a cloud computing innovator – being that it began its journey with the launch of the Hotmail webmail service over a decade ago.

Hotmail is indeed an oft-cited example of early “software as a service”. But if Microsoft was truly a cloud innovator, why did it take five years longer to offer CRM over the network than its competitors?

“There is a whole set of things we have the responsibility to do to get this [offering] right that our competitors don't have to worry about,” answered Jon Farmer, international lead for Microsoft’s hosted CRM product.

Microsoft had to build its own data centre in Singapore, he later said, rather than leasing space from Equinix. It also has potential partner conflicts to consider.

“We had to get the billing, provisioning and support model right,” offered Ross Dembecki, lead product manager for Dynamics at Microsoft Australia. “These become essential when you become a cloud provider.”

I would counter that Microsoft could have moved earlier – but wanted to milk every cent it could from its traditional packaged products until cloud computing reached the necessary scale to scare Ballmer into shifting gears.

There were a number of other claims Microsoft should delete from its PowerPoint slides – for example, that in its three years on offer in the United States, Dynamics CRM Online already had more customers than Salesforce.com. Salesforce claims to have 82,000 customers and 2.1 million subscribers versus 23,000 and 1.4 million for Microsoft.

Or that Microsoft’s 99.9 percent SLA is “unique in the industry” (cue Google’s offer of the same earlier this week).

Similar claims to Microsoft Dynamics Marketplace being unique also fail to stack up.  It is an app store, essentially, where Microsoft’s ISV partners can create extensible line-of-business applications based on the Online CRM platform. Apple aside, it does sound an awful lot like Force.com.

All that noise is, in the end, a little distracting. The truth of the matter is that Microsoft’s cloud CRM offering is here and it is compelling for a number of reasons.

The most compelling reason to consider it is the out-of-the-cloud integration with entrenched Microsoft technologies such as Outlook/Exchange and Office.

Within a year, purchasing pre-integrated software from Microsoft, delivered as a a service, should be as simple as “ticking a box” for each product upon purchase, Dembecki said.

Future integration points with other enterprise services – the collaboration smarts of SharePoint, or presence capabilities in Lync, for example -- will give Microsoft an integrated bundle that will prove hard to compete with.

Microsoft invited Greg Willis, CIO of Dynamics customer Cudo, to the launch. Willis told iTnews that Salesforce.com was in the race when the start-up was choosing a CRM package. But with his organisation already using Office 2010 and Outlook, Microsoft’s online CRM suite became a “no brainer”, he said.

“The integration is so deep and so natural, it feels like an extension of something the users are living in anyway,” Willis said.

Also compelling is Microsoft’s deployment options and channel model, which it may have struggled with in the recent past but appears to be getting right.

Microsoft has ensured that the CRM product is exactly the same code regardless of whether you deploy it in-house, via a service provider’s data centre, or from Microsoft’s Azure data centre in Singapore.

“We don’t force you to make a choice,” Dembecki said.

Customers could – with relatively little effort – move their deployment between any of these three scenarios, depending on market conditions.

The third big thing Microsoft has going for it is aggressive pricing, offering a standard subscriber license at $54.75 per month and a promotional price of $42.25 per user per month until June 30, 2011.

If Microsoft can focus its energy on these three facets alone, it will win customers back from Salesforce.com.

Heck, I might even allow them the luxury of calling themselves “cloud innovators” without blowing a fuse.