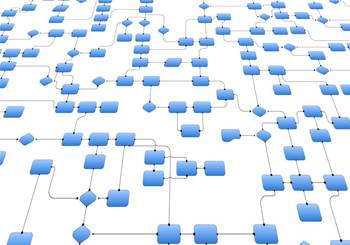 The Federal Government has already paid over $166 million in relief payments to victims of Australia’s flood crisis, thanks in part to a systems integration project some decade in the making.

The flood crisis is the first real test of a workflow process set-up between welfare agency Centrelink and the Reserve Bank of Australia (RBA) which allows for thousands of payments to be made into flood victims' bank accounts in close to real-time.

(For example, should an investment company purchase $100 million in bonds from another, the RTGS system would be used to cut down the time between the transaction being approved and the money from seller’s bank appearing in the accounts of the buyer.)

Federal Government agencies – which are customers of the Reserve Bank – have been able to access this capability for some time, but the workflow between their systems and those of the RBA was biased toward these large, one-off transactions rather than large numbers of relatively smaller payments made to individuals or small businesses.

Centrelink’s usual stream of welfare payments (unemployment benefits, pensions etc) is made via a different system – the standard Direct Entry System – which tends to process and settle transactions overnight following a predictable schedule.

But in times of crisis, Centrelink found itself under pressure to provide financial relief more immediately.

In response to discussions with its large Federal Government customers – Centrelink among them – the Reserve Bank made a number of changes to its systems in 2009 to make it easier for government departments to process a large number of transactions through the RTGS efficiently and quickly.

This effort was expedited in response to Victoria’s 'Black Saturday' bushfire crisis in early 2009.

The Reserve Bank assisted Centrelink in setting up a system under which multiple Centrelink outlets or channels could automatically send a file with RTGS payment requests to the RBA every 15 minutes, at which point the RBA’s systems would in turn automatically aggregate these files into one large file for the RTGS system to process like it would any other large payment.

This effectively meant that Centrelink could inform a successful claimant that the money would be in their account immediately, rather than asking the recipient to wait for the payment to appear in their account overnight.

The process has helped smooth out Centrelink support costs during the floods - a peak claims processing period.

To date, some 133,000 Australian Government Disaster Recovery Payments claims have been granted to a total value of $164 million to flood victims in Queensland, NSW and Victoria.

A further 6,100 Disaster Income Recovery Subsidy payments worth $2.7 million have been paid to victims of disaster events in Queensland, NSW, Victoria, South Australia and Western Australia since late November 2010.