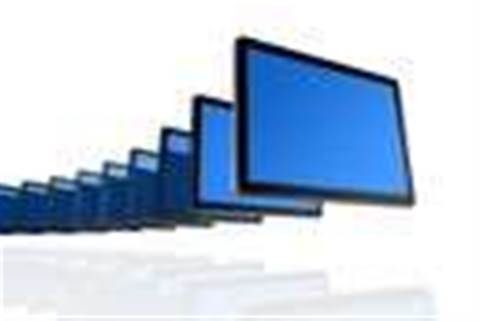 The tablet market surged by a massive 45 per cent in the third quarter of 2010, according to industry analysts, with the vast majority of sales attributable to Apple’s iPad.

This was the conclusion of a new report from IDC, which claimed the global growth of the latest device trend fell squarely at Apple’s door.

The third quarter saw 4.8 million tablets shipped – up from 3.3 million in Q2 – of which 4.2 million were iPads. This translated into an 87.4 percent market share worldwide for Steve Jobs’ company.

The remainder of shipped tablets were primarily Android-based devices such as Samsung’s Galaxy Tab.

IDC expected overall tablet sales in 2010 to break through the 17 million mark, but Susan Kevorkian, research director of mobile connected devices at IDC, said the future had an even brighter outlook.

"The media tablet market's rapid evolution will continue to accelerate in 4Q10 and beyond with new product and service introductions, channel expansion, price competition and experimentation with new use cases among consumers and enterprises," she said.

The research focused on media tablets rather than tablet PCs, which IDC defined as devices with colour displays, larger than five inches but smaller than 14 inches, which run on lightweight operating systems – such as Android or iOS.