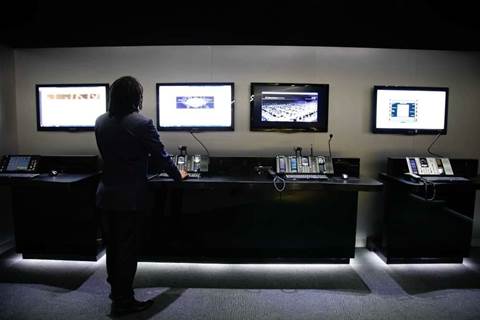 UK telco BT said it was having an "ongoing dialogue" with NBN Co in an attempt to understand how it might interconnect with the NBN once it is rolled out.

The telco's Australian managing director Paul Migliorini said today that his company was not actively bidding for any specific work from NBN Co.

But he said that BT had provided opinions to the network builder on network configuration and "insight on what multinational end-customers were looking for" in networks.

BT general manager Graham Smith said later that BT was interested in understanding the different traffic classes and quality of service attached to them on the NBN.

Smith characterised BT's interaction with NBN Co as "no different" to the way the telco sought access to other domestic infrastructure upon which BT could offer services like telepresence.

"To provide our services locally, we need the right levels of resiliency, reporting and interconnects," Smith said.

"It's about how do we get best end-end service rolled out locally?

"We see the need for high speed infrastructure on a global level. Most people see need to interconnect with high speed [assets] at the moment so we're watching [NBN] closely to see how well it gets rolled out."

Migliorini backed the NBN investment, saying that Australia's "lack of domestic infrastructure compared to other markets was starting to become a bit of an impediment" for offering some IT services to the business sector.

The telco has three points of presence in Australia for its MPLS network - two in Sydney and one in Melbourne.

BT also provided a brief update on investments by BT in Asia Pacific announced last year, revealing that 50 of 300 new positions to be created would occur in Australia over the next 12 months.

The majority of new hires would be in commercial roles – sales, portfolio management and "solution skills".

BT opened a product showcase facility in its Sydney office today, one of several in the region.