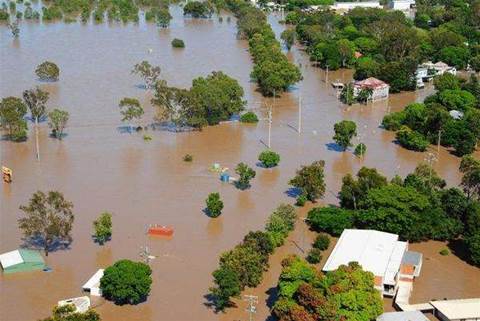 Pumping water out of Edison exchange.

Telstra has gained access to 47 exchanges previously listed as 'no go' areas for technicians overnight as the flood crisis in Queensland began to ease.

The telco declared 262 exchange areas as 'red zones' on Wednesday but revised that number back down to 222 by late yesterday.

An analysis by iTnews revealed that 47 exchanges previously considered 'red zones' had been removed from the list but seven new exchange areas had been added.

The Edison exchange in Brisbane's CBD remained one of the hardest hit with Telstra advising that it was "continuing to pump water from the basement", although mains power to the site had been restored.

Other exchanges thought to be in danger of flood damage – including Charlotte, Ipswich and Fortitude Valley – saw the threat levels attached to them downgraded.

As well, the number of 'amber zones' – exchanges where only partial areas were accessible – had been downgraded slightly from 199 to 194.