Sony sues to block LG from shipping phones to U.S. 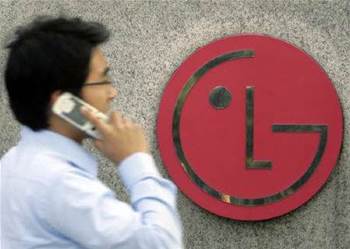 Sony has filed a patent infringement complaint seeking to block LG Electronics from shipping smartphones such as its Rumour 2 model to the United States.

Sony said LG also infringed patents of some of its licensees, including its Sony Ericsson joint venture, Samsung and Nokia.

The company filed a related complaint with the federal court in Los Angeles, court records show. A copy of that complaint was not immediately available.

LG spokesman John Taylor said in an email that it is company policy not to discuss pending litigation.

Sony said the patent infringement relates to more than 10 phones including the Encore, LG Accolade, Neon, Quantum, Rumour Touch and others.

The patents in the suit involve audio and microphone devices in phones, caller ID technology and transmission power.

LG, South Korea's fourth-largest conglomerate, this month said it is trying to expand its major businesses, including smartphones, and on Tuesday said it wants to raise 2011 sales by 11 percent to 156 trillion won (US$135 billion).

Since October, LG has sold two million units of the Optimus One smartphone, its most popular smartphone model to date.

Sony reported an operating profit of 68.7 billion yen (US$847 million) in the three months ended September 30, reversing a loss the previous year.

(Reporting by Liana B. Baker; Editing by Phil Berlowitz)