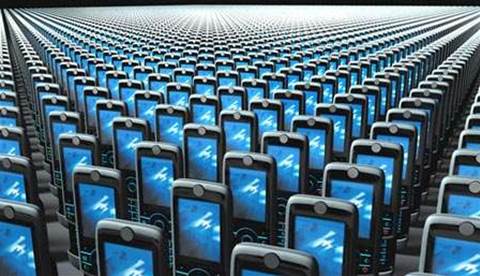 Many of the most popular apps are passing on user data to third parties, an investigation finds.

Many popular mobile apps have been sending data from phones to third parties without the user knowing about it, research has shown.

In an investigation into 101 of some of the most popular apps running on iPhone and Android systems, the Wall Street Journal discovered 56 had sent the phone’s unique device ID to other firms.

Some of the investigated apps sending user data elsewhere included hit music app Pandora and game Paper Toss, which both sent the phone ID to a range of ad networks.

Alex Deane, director for Big Brother Watch, was outraged data was being transmitted and users kept in the dark about it.

“This is alarming news. Most users of these apps don’t know this is happening and many of them wouldn’t use the app if they did know,” Deane said.

“Importantly, lots of these apps are mainstream ‘normal’ apps. It’s not just shady operators doing this – the Marks & Spencers of the online world are snooping on you.”

“We have created strong privacy protections for our customers, especially regarding location-based data," Apple spokesman Tom Neumayr told the WSJ.

A Google spokesman admitted the company’s AdMob service targets ads based on data supplied through apps.

“No profile of the user, their device, where they've been or what apps they've downloaded, is created or stored,” he added.

There have been a number of complaints about the transmission of user data over apps in 2010.

An open letter was sent to Facebook in the summer asking for a closure of the “app gap,” empowering users to decide exactly which applications can access their personal information.

Got a news tip for our journalists? Share it with us anonymously here.
Copyright © ITPro, Dennis Publishing
Tags:
apps phones privacy security
In Partnership With
By Tom Brewster
Dec 21 2010
9:14AM